Well done. Look what authentic hosts in Union City-Union Hill are offering to you on 9flats. 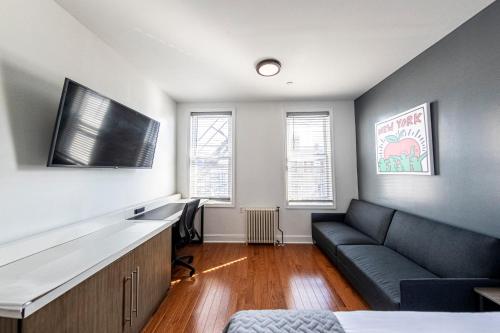 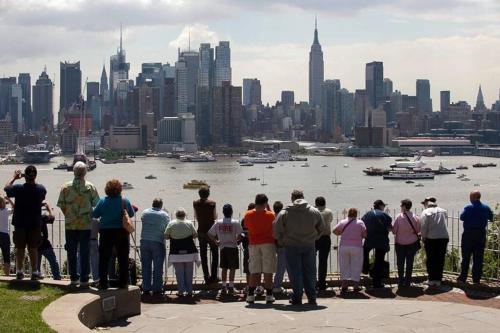 UC 2nd Fl is located in Union City. The air-conditioned accommodation is 10 km from Bronx.Book now
from $84 per night

Union Hill was originally a town in its own right; however, it was incorporated into Union City, New Jersey in 1925. This predominantly residential area provides visitors with a glimpse of a typical suburban community in modern-day America, but it also provides great access to Manhattan – ideal if you want to base your stay in the area away from the chaos of the city. Booking your holiday accommodation in Union Hill through the 9flats website will show you a side to local life that can’t be seen when staying in a hotel.

Union Hill is a relatively quiet area of New Jersey, and it has a look all of its own. One of the most prominent local landmarks is the Church of Saint Michael the Archangel, which is one of the largest Roman Catholic Churches in the Tri-State area. Also located on the same grounds as the Church are the Union City Public Library and the José Martí Freshman Academy. The Park Performing Arts Center features an impressive, 1,400-seater theatre that showcases local acting, writing and performing talent. The facility is also a venue for exhibitions and conferences. This quaint neighbourhood is a great place to stay if you want to visit the sights of Manhattan before leaving the mayhem that surrounds it every evening, and renting a holiday apartment in New Jersey will provide you with the comfort and seclusion in which to escape.

This entire area of the eastern United States was embroiled in some of the most fierce battles of the Revolutionary War, and a great place to relive this turbulent period is at the Caldwell Parsonage. This home stood on the site of the Connecticut Farms Battle, and its resident Hannah Caldwell was famously shot during the hostilities – dying from her injuries some time after. A short walk away on Stuyvesant Avenue stands Washington’s Headquarters. It was at this very site that General Washington declared to his admirers that the British Army had retreated in 1780. No visit to this historic area should pass by without paying the Liberty Hall Museum a visit. Built in 1772, the museum building was the home of William Livingston – first governor of New Jersey and a signatory on the Declaration of Independence. This intriguing area has an undoubted sense of community spirit, and you can sample it for yourself by renting holiday accommodation in Union City. Renting a holiday residence via the 9flats website will mean you can immerse yourself in the day-to-day life of local society.

If you’re a fan of couchsurfing, you should take a look at what 9flats has to offer. Although there are many similarities with the couchsurfing phenomenon, 9flats takes the principle to the next level by adding the elements of luxury and seclusion. Not only can you surround yourself in the trappings of modern life, you can enjoy your very own personal retreat – away from the throngs of tourists that descend on New York and New Jersey every year.