Well done. Look what authentic hosts in Mammoth Lakes are offering to you on 9flats. 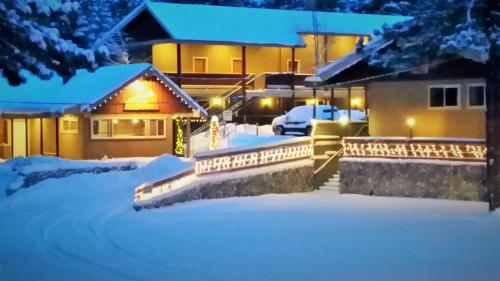 Holiday Haus is located in Mammoth Lakes. Free WiFi and a flat-screen TV with cable channels are provided in each room. Guests can take advantage of the hot tub and the free continental breakfast.Book now
from $174 per night 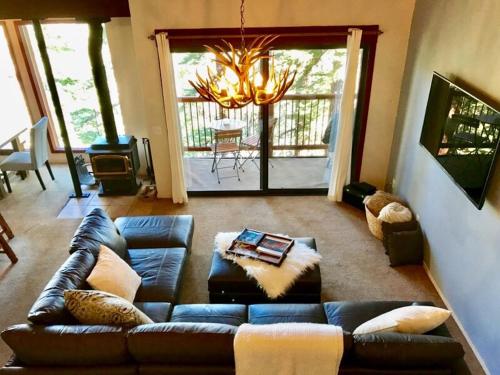 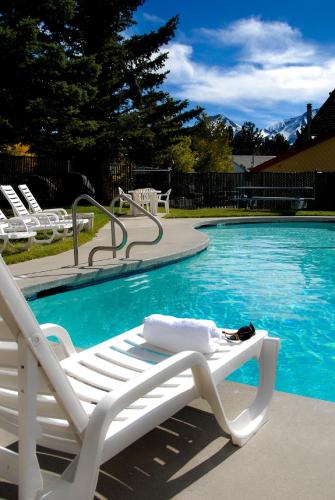 Located in the beautiful Mammoth Lakes region, The Sierra Nevada Resort & Spa features a seasonal outdoor pool and access to nearby skiing. Free WiFi and area shuttle service are offered.Book now
from $12 per night 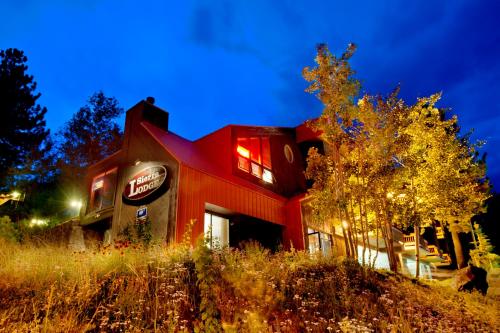 Located in Mammoth Lakes city centre, the Sierra Lodge offers laundry facilities and a free transfer service to the Mammoth Mountain Ski Area 3.2 km away. Free Wi-Fi is included in all guest rooms.Book now
from $174 per night 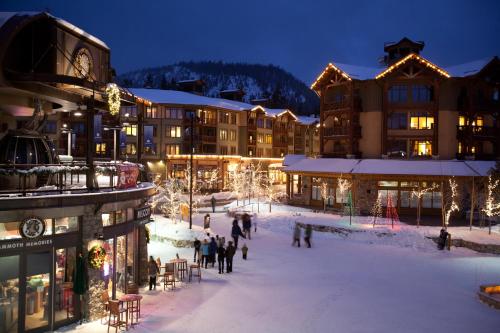 Featuring direct access to a gondola and ski lift at Mammoth Mountain Ski Area, the Village Lodge is surrounded by mountain views. The property features a heated outdoor pool, 5 hot tubs, and 3 gyms, as well as free WiFi.Book now
from $279 per night 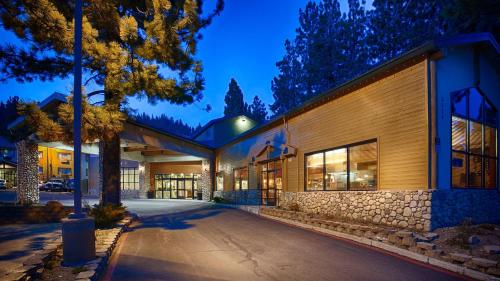 Situated in Mammoth Lakes, this resort is a gondola ride away from skiing at Mammoth Mountain. Ski passes and snowboard rentals are available on site. A kitchenette is featured in all suites and studios.Book now
from $12 per night 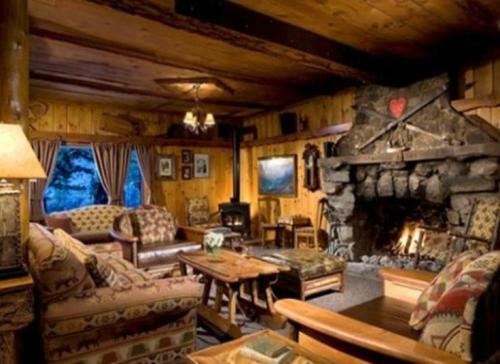 This historic lodge is located on the shore of Twin Lakes and surrounded by mountains and skiing. The lodge was built in 1924 and provides seasonal bike and boat rentals.Book now
from $139 per night 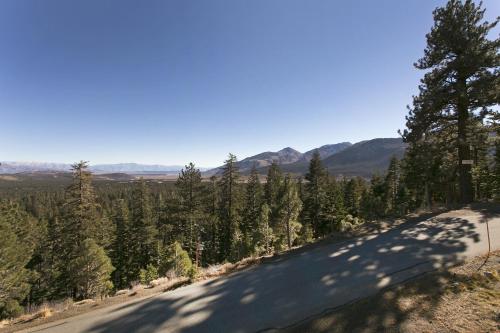 Located just a minutes’ drive from Mammoth Mountain Ski Area, this accommodation provides a hot tub. A balcony, free WiFi, free parking and a full kitchen is included in all apartments.Book now
from $292 per night 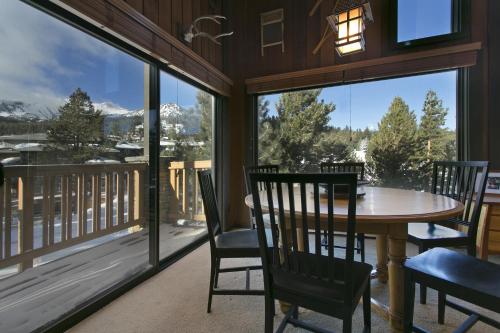 Located 40 miles from Yosemite National Park, this Yosemite Village, California lodge features an outdoor pool and hot tub. Ski-to-door access is offered. Free Wi-Fi is offered in all apartments.Book now
from $220 per night 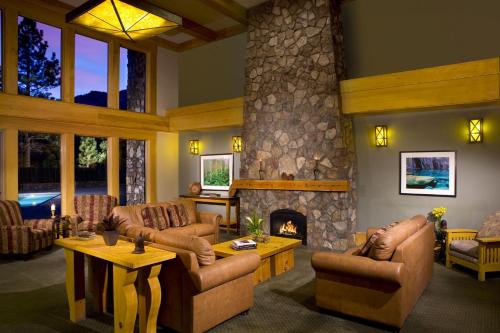 This resort is located in Mammoth Lakes and is within 5 minutes' drive of the Inyo National Forest. It offers a golf course, a heated outdoor pool and a hot tub.Book now
from $209 per night 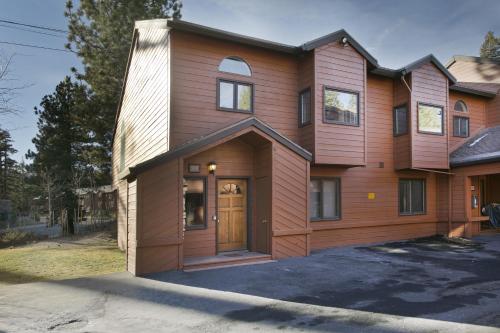 Located 200 yards away from the Village Gondola, this spacious apartment features a fully equipped kitchen and free Wi-Fi. It offers parking for 2 vehicles. Ski passes are available on-site.Book now
from $359 per night

See all 659 accommodations in Mammoth Lakes

The winter sports resort of Mammoth Lakes has just 7,000 inhabitants, yet it is one of the most popular destinations in eastern California. The former mining settlement on the edge of the Sierra Nevada is best known for the Mammoth Mountain ski area, a volcanic area in the middle of the Inyo National Forest. Your apartment in Mammoth Lakes serves as a base from which to take advantage of the eight ski parks at Mammoth Mountain, which offer the best conditions for winter sports enthusiasts with open moguls, downhill runs and several ski lodges. At the same time, you live in close proximity to some of the most beautiful national parks in the USA, most notably Yosemite National Park northwest of Mammoth Lakes. But your private vacation home in Mammoth Lakes not only offers you an unspoiled nature experience. In about five hours from here you can also reach your apartment in San Francisco – in the vastness of the US-American West almost a stone’s throw away. The culturally rich metropolis of San Francisco or Frisco, as the locals call their city, stands in a contrast to Mammoth Lakes that could hardly be bigger. World-famous sights like the Golden Gate Bridge, the prison island Alcatraz or the historic cable cars await you here in front of the characteristic skyline of San Francisco.

Winter Sports Center in the West of the USA: Apartments in Mammoth Lakes

Many winter sports vacationers use Mammoth Lakes as a nearby yet quiet base for their trips to the surrounding ski areas. 300 sunny days a year, well developed ski slopes and an extensive network of hiking trails make Mammoth Lakes an ideal holiday destination all year round. The Yosemite National Park is also not far away and can be reached from your apartment in Mammoth Lakes via State Route CA120 in one hour. In Yosemite National Park, you’ll see the region’s characteristic granite rock formations, waterfalls and sequoias, as well as a huge variety of species in five different ecosystems. Use your private accommodation in Mammoth Lakes and explore Yosemite National Park in a personalized way away from the tourist crowds. Unlike couchsurfing in Mammoth Lakes, you will enjoy all the comforts and privacy you need. Although Mammoth Lakes is a sleepy little town, you’ll find everything you need for everyday life here – from supermarkets and a wide variety of restaurants to tour operators who can take you to the local attractions in comfort. In addition to the spectacular nature, there are also curious attractions such as the ghost town of Bodie, a former gold mining town, the White Mountains on the border between California and Nevada or the salt lake Mono Lake.

Private vacation homes in Mammoth Lakes and other California cities

Mammoth Lakes has its own airport, the Mammoth Yosemite Airport. Your apartment in Mammoth Lakes is also easily accessible by rental car or bus from several cities in California and Nevada. If you want to continue your journey to our Apartments in Los Angeles you can use a direct bus connection to Lancaster north of Los Angeles. Book a Holiday Apartment in San Diego, the sunny port city 200 kilometers south of Los Angeles. San Diego is also well suited as a stopover on the way to accommodation in Puerto Vallarta and other resorts on the Mexican Pacific coast.

Old Mammoth
close
Cookies help us deliver our services. By using our services, you agree to our use of cookies.