Well done. Look what authentic hosts in Frankfurt-Innenstadt are offering to you on 9flats. 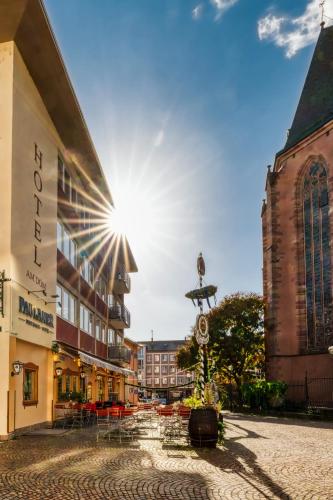 Ideally located in the Zentrum-Altstadt of Frankfurt/Main, Paulaner am Dom Wirtshaus und Hotel provides continental breakfast and free WiFi. The property is close to several well-known attractions, 400 metres from Cathedral of St. Bartholomew, less than 1 km from Römerberg and a 17-minute walk from Museumsufer. German cuisine is served at the restaurant.Book now
from $71 per night

This non-smoking hotel is located on the corner of the Zeil shopping street in central Frankfurt. It features 3 restaurants and a 24-hour gym. Wi-Fi is free in the lobby, restaurant and bar.Book now
from $87 per night 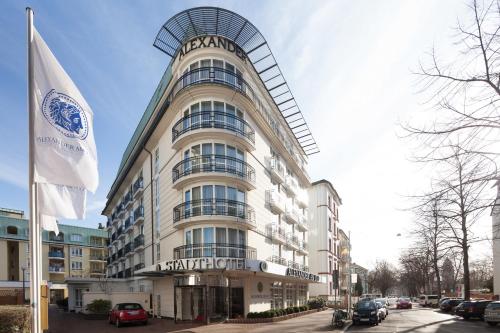 This hotel is located next to Frankfurt Zoo, just a 5-minute walk from Habsburgerallee Underground Station. It offers Italian-style rooms, a breakfast room, and panoramic city views.Book now
from $73 per night 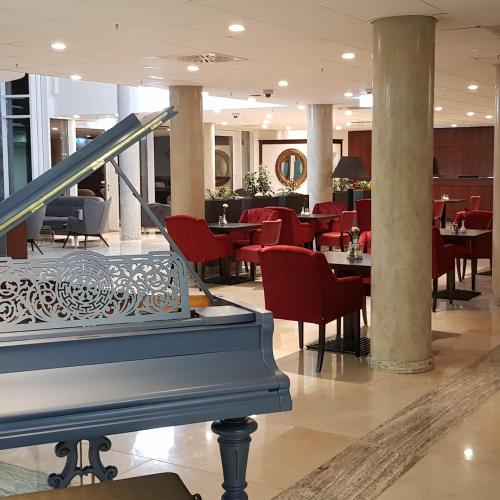 Situated in Frankfurt/Main and with Eiserner Steg reachable within 600 metres, Hotel Schopenhauer Hof features a terrace, non-smoking rooms, free WiFi throughout the property and a bar. Popular points of interest nearby include German Film Museum, Römerberg and Städel Museum. Guests can enjoy city views.Book now
from $83 per night 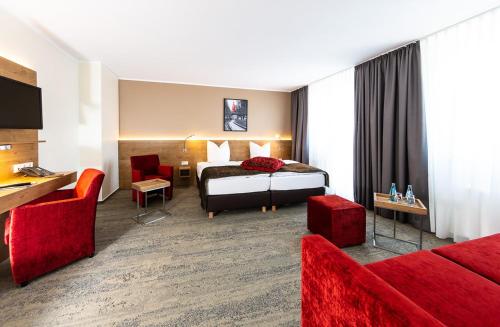 This hotel is located in a quiet street in the Sachsenhausen district of Frankfurt am Main. The Römer square is a 15-minute walk away.Book now
from $87 per night 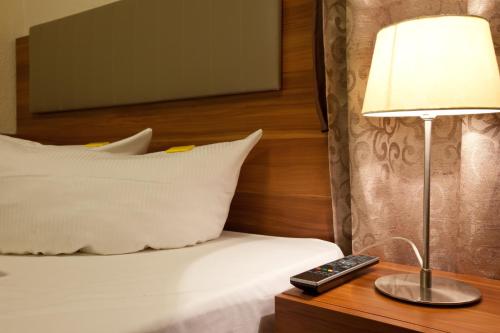 A 4-minute walk from Frankfurt Zoo and the Zeil shopping street, this hotel offers breakfasts and free WiFi in the lobby. Trams run directly to Frankfurt’s Old Town and Central Station.Book now
from $38 per night 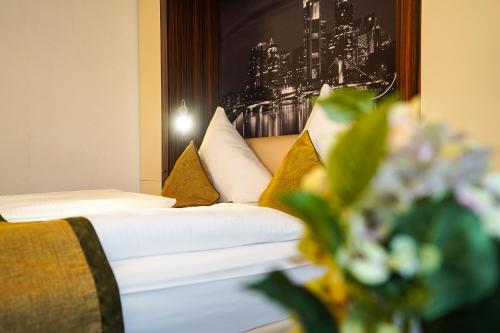 Soundproofed rooms, free WiFi, and a 24-hour reception are offered by this modern, 3-star hotel in Frankfurt. The Zeil shopping street and Konstablerwache Underground Station are just 300 metres away.Book now
from $87 per night

Libertine Lindenberg is a unique design hotel featuring its own sound studio, shop and café. All rooms offer free WiFi and free Netflix™.Book now
from $78 per night 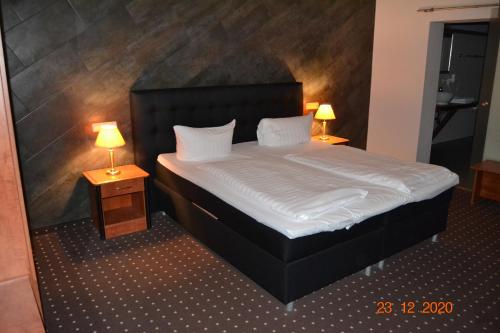 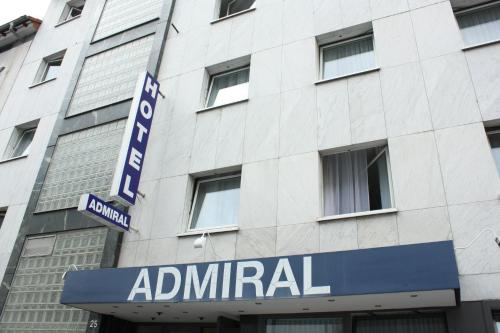 This hotel in central Frankfurt is located just a few steps from Frankfurt Zoo and Zoo Underground Station. It offers modern rooms with free Wi-Fi, 24-hour reception and on-site parking.Book now
from $38 per night 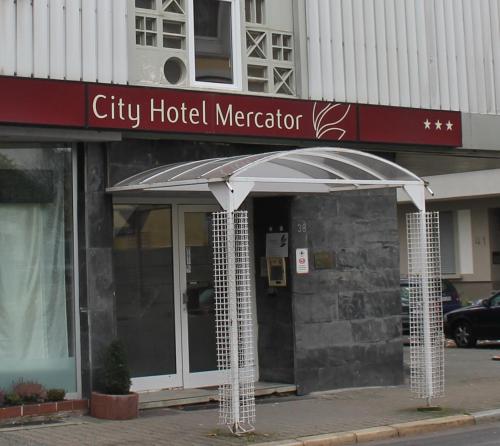 This 3-star hotel enjoys a quiet side-street location in Frankfurt, a 10-minute walk from Konstablerwache Station and the Zeil shopping street. It offers free Wi-Fi and good public transport access.Book now
from $36 per night 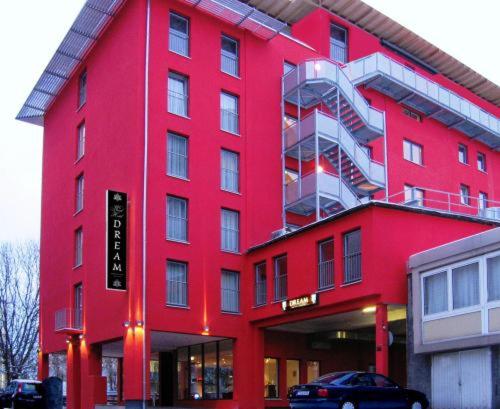 This 4-star hotel in central Frankfurt offers rooms with free internet accessible via cable. The Zeil shopping street is a 3-minute walk away.Book now
from $79 per night

See all 33 accommodations in Frankfurt-Innenstadt

With almost 700,000 inhabitants, Frankfurt am Main is one of the largest cities in Germany. It is not only home to some of the tallest buildings in Europe, but also the continent’s second largest airport. In addition to the few remaining historic buildings in the old town and the glittering facades of the bank towers, there is a wealth of large and small sights to discover. The best way to get to the more hidden beauties of the city is through private contacts with the inhabitants. Here, a holiday apartment booked with 9flats in Frankfurt offers real advantages. Because through 9flats.com you get a private accommodation with personal connection. This way you can find out more quickly and easily where you can get tickets for the evening concert at the Alte Oper and which restaurants in Frankfurt city centre are really recommendable.

Apartments in Frankfurt city centre: Holidays in the middle of the action

Many German cities look back on a long and proud history. The exciting thing about a city trip to Frankfurt am Main is that history is still being written there. For as the headquarters of the European Central Bank, the city is one of the most important financial centres in the world. The flair of the Main metropolis is correspondingly international, and not only in terms of its impressive skyline. If you book an accommodation in the city centre via 9flats.com, you will have a reasonably priced holiday apartment within walking distance of almost all important points in the city. The Römerberg with its historic facades, the Frankfurt Cathedral, where the Electors elected and crowned the German Emperor for centuries, and the Paulskirche, which was the seat of the first democratic parliament on German soil in the mid-19th century, are just a few of the highlights of the city. Furthermore, from your accommodation you can quickly reach the Zeil, which has been the shopping mile with the highest turnover in Germany for decades. Frankfurt am Main is also famous for its large selection of museums on the most diverse fields of knowledge and art. The Städel Art Museum and the Senckenberg Natural History Museum with its impressive collection of dinosaur skeletons are worthy of special mention.

Over 9flats.com one does not refer a simple vacation home in Frankfurt/Main. Rather, one gets private connection in a big city, whose real attractions often lie away from the big tourist magnets. You can find the Frankfurt Zoo with a simple city map or via app on your smartphone. However, if you want to spend the evening in a really typically rustic cider bar, it is definitely an advantage to be able to fall back on private tips. That’s why a holiday apartment in the form of private accommodation in Frankfurt makes a stay in the zoo particularly worthwhile. Of course, 9flats.com can also arrange a chic holiday apartment in Berlin or, if you want to go a little further afield in Europe, a holiday home in France or a romantic apartment in Paris.

Latest reviews for places in Frankfurt-Innenstadt

Sachsenhausen
close
Cookies help us deliver our services. By using our services, you agree to our use of cookies.