Well done. Look what authentic hosts in Idaho are offering to you on 9flats.

This hotel is located in Boise Research Centre and it is 8 miles from downtown Boise. The hotel features rooms with a separate sitting area.Book now
from $79 per night

Located off Interstate 84, this hotel is 8 miles west of Boise, Idaho and Boise International Airport. It offers an indoor pool.Book now
from $87 per night 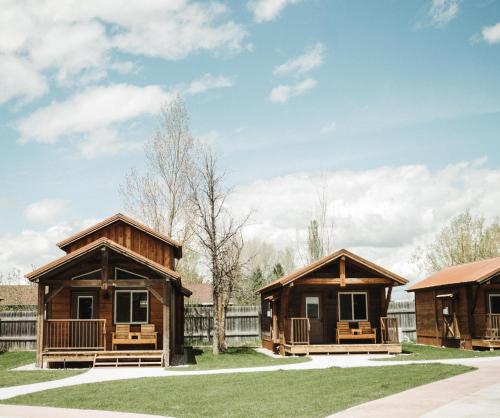 Situated in Victor, within 41 km of Center For The Arts and 42 km of Shooting Star Jackson Hole Golf Club, Teton Valley Resort features accommodation with a seasonal outdoor swimming pool and free WiFi as well as free private parking for guests who drive. Boasting luggage storage space, this property also provides guests with a children's playground. The resort offers a hot tub and a concierge service.Book now
from $87 per night Boutique and one-of-a-kind, these are the qualities you can expect from the Hotel 28, Ascend® Hotel Collection in Boise, ID. Our property is woven into the culture and fabric of the community, featuring art and amenities that put local flavor first. We're right off I-84, just 10 minutes away from bustling downtown Boise, and only five minutes from Boise Airport. Stay well-connected during your travels at our hotel with free WiFi, and start your days in Boise out right with a free Grab & Go breakfast.Book now
from $66 per night 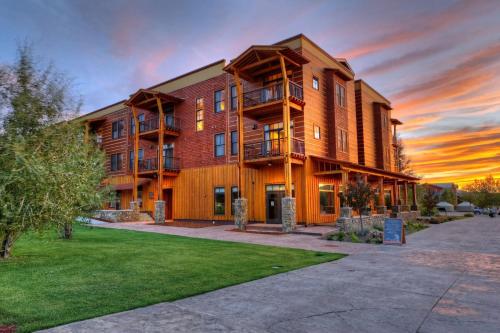 The Lodge at Bronze Buffalo Ranch

This lodge located in Victor, Idaho features a full-service spa and health club. Dining is available at the Headwaters Grille and guest rooms provide free Wi-Fi and a refrigerator.Book now
from $230 per night 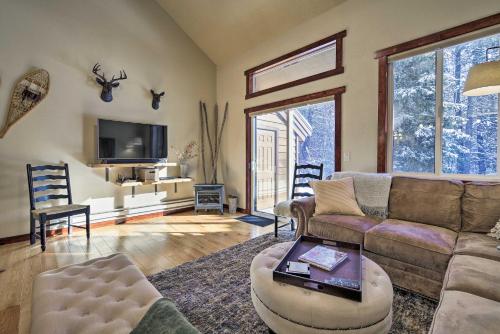 McCall Condo with 4 SUPs and Snow Tubes - Walk to Lake

Set in McCall, McCall Condo with 4 SUPs and Snow Tubes - Walk to Lake offers accommodation with a patio and free WiFi.Book now
from $153 per night 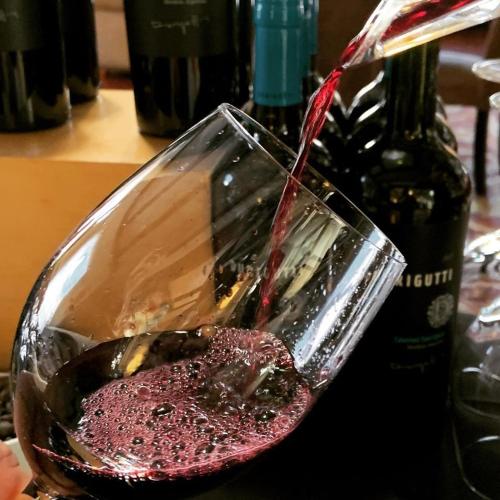 Located in downtown Lava Hot Springs Idaho, the historic Riverside Hot Springs Inn & Spa is an adult-only hotel featuring an on-site restaurant and lounge. The property has private hot mineral springs soaking rooms, with massage therapy available by advance appointment. Free WiFi is offered throughout the property and breakfast vouchers are provided.Book now
from $125 per night 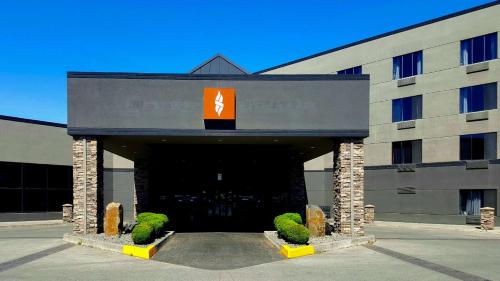 Located in Lewiston town centre, Hells Canyon Grand Hotel, an Ascend Hotel Collection Member is 7 minutes’ drive away from Lewis-Clark State College. It boasts an on-site restaurant and a microbrewery. All rooms feature a cable TV with HBO film channels and free Wi-Fi. The property offers a complimentary breakfast buffet for all guests of the hotel.Book now
from $92 per night 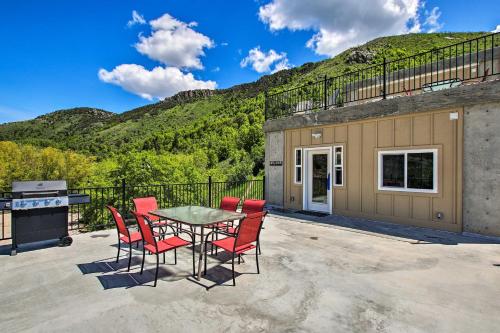 Situated in Lava Hot Springs in the Idaho region, Lava Hot Springs Studio 4-Min Walk to Pools! has a balcony and river views. This apartment features accommodation with a patio.Book now
from $153 per night 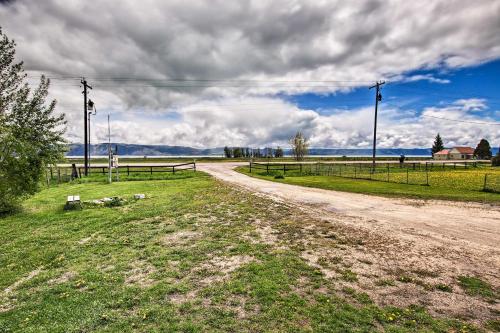 St Charles Getaway 6 Mi to Bear Lake and North Beach is set in Saint Charles. Complimentary WiFi is featured throughout the property.Book now
from $87 per night 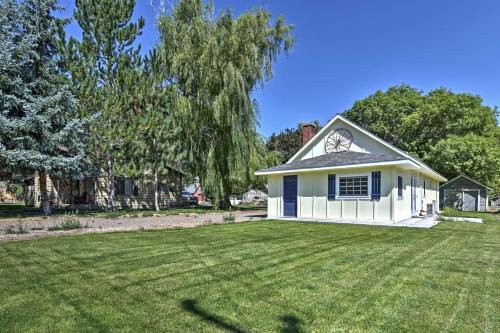 Situated in Albion, Historic Albion Mountain Cottage on Quiet Street! features accommodation with a patio and free WiFi.Book now
from $180 per night

See all 4773 accommodations in Idaho

Round trips and holiday apartments in Idaho – the perfect combination

Your holiday home in Idaho is set in one of the most varied landscapes in the United States. The state in the northwest reaches from the dry plains of the Great Basin in the south up to the mountainous border to Canada. Book with us the suitable accommodations in the USA and travel to one of the most original areas of the country. But also visit the neighbouring states and book an Apartment in Oregon or a Holiday Apartment in Nevada.

Immerse yourself in the past with apartments in Idaho

If you want to discover the rich and varied landscape of Idaho, you should choose a route from the mountainous north to the south. The Rocky Mountains could mark the beginning of your journey. There you will also find numerous private apartments in Idaho, often close to the Canadian border. Here you will find rich deposits of gemstones, to which the state owes its nickname “Gem State”. A little further south is Custer County, which also includes the highest mountain in Idaho, Borah Peak, which is almost 3,900 metres high. Casto is the perfect starting point to explore the extensive hiking trails. Here, at the latest, the landscape begins to change markedly and gradually merges into the barren wilderness of the Great Basin. One of the great natural monuments is the Hells Canyon, which owes its face to the raging rapids of the Snake River. It also feeds the Shoshone Falls, which are no less than 300 metres wide and 65 metres high. In the immediate vicinity there are numerous private holiday apartments in Idaho, which are used by whitewater lovers. Below the waterfall, gold deposits were discovered in 1869, which caused a short but conflict-laden gold rush. Large metropolises are largely absent. Even the capital Boise has only 200,000 inhabitants. Nevertheless, a visit is worthwhile, as the city has been developing into a boomtown for around 20 years. The trigger for this is the recession in California, which caused many West Coast residents to move inland due to low real estate prices. Until today the price level is below the national average. This means that you can also book our accommodations at reasonable prices and at the same time live very comfortably.

Idaho is particularly exciting for visitors who are interested in palaeontology or geology. In the south of the state you will find the Hagerman Fossil Beds National Monument. It is one of the most productive sites for fossils from the Pliocene and has a spacious visitor centre. What happens when the forces of the Earth’s interior push to the surface can be seen at the Craters of the Moon National Monument and Preserve. Solidified lava flows and cinder cones cover vast areas, a hostile and creepy landscape used by Apollo astronauts for training purposes. Although the actual hotspot, the magma source just below the earth’s surface, now belongs to the adjacent Yellowstone National Park, the volcanoes of the National Park are not considered extinct. Another natural wonder lies in Idaho Falls. The waterfalls of the same name are fed by the floods of the Snake River and plunge into the city’s park. No matter which city you ultimately choose, an apartment in Idaho will bring you into contact with fascinating natural wonders. There are always memories of great western classics, which were often filmed in front of the impressive scenery and through which the mysticism of the gold rush, which attracted the first settlers to the state, can still be felt. So every overnight stay in Idaho is also a trip into American history. And if you are drawn from Idaho to the north, our Apartments in Canada are available there.