Well done. Look what authentic hosts in Allinge are offering to you on 9flats. 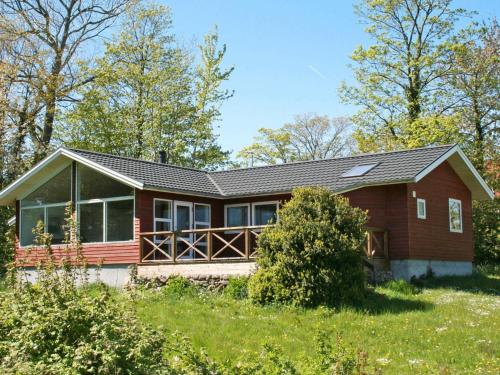 Located in Allinge, just 300 metres from Næs Beach, Magnificent Holiday Home in Allinge Denmark with Terrace provides accommodation with barbecue facilities, a terrace and free WiFi. The property is 8.7 km from The Sanctuary Cliffs and 17 km from Østerlars Church.Book now
from $80 per night 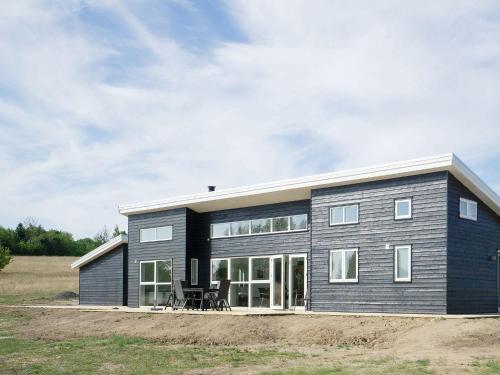 Within 500 metres of Næs Beach and 5.2 km of Hammershus Besøgscenter, Holiday home Allinge II features free WiFi and barbecue facilities. This holiday home is 24 km from The Echo Valley and 28 km from Brændegårdshaven.Book now
from $80 per night 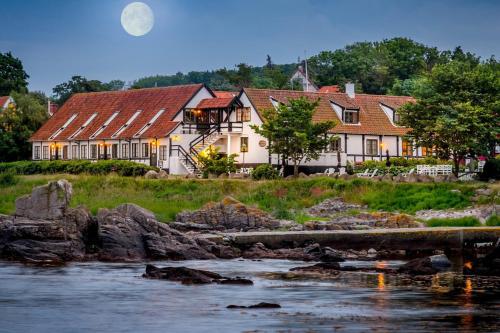 Allinge Badehotel has a restaurant, free bikes, a bar and garden in Allinge. Boasting family rooms, this property also provides guests with a terrace. Guests can have a drink at the snack bar.Book now
from $80 per night 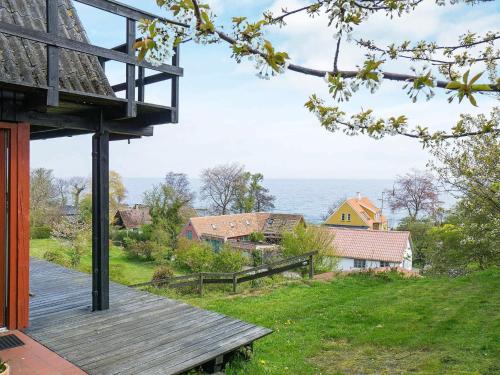 Modern Holiday Home in Allinge Bornholm with Sea view, a property with barbecue facilities and a terrace, is located in Allinge, 500 metres from Næs Beach, 4.7 km from Hammershus Besøgscenter, as well as 8.7 km from The Sanctuary Cliffs. The property is 29 km from Natur Bornholm and 29 km from Brændegårdshaven.Book now
from $80 per night 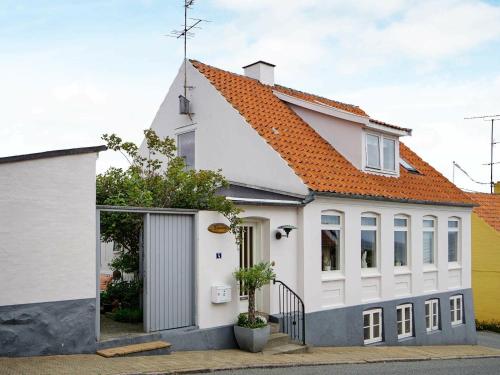 Idyllic Apartment in Allinge with Terrace

Situated in Allinge, just less than 1 km from Næs Beach, Idyllic Apartment in Allinge with Terrace features accommodation with barbecue facilities, a terrace and free WiFi. The property is 10 km from The Sanctuary Cliffs and 18 km from Østerlars Church.Book now
from $80 per night 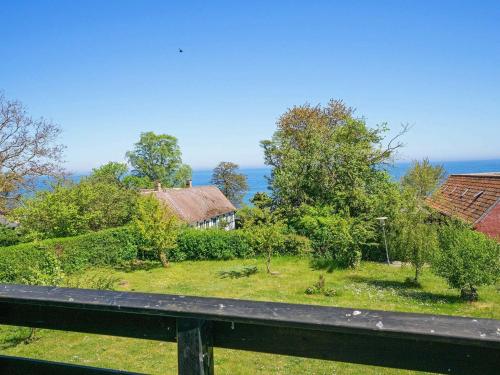 Quaint Holiday Home with Baltic Sea View in Allinge, a property with a terrace, is situated in Allinge, 200 metres from Næs Beach, 3 km from Sandvig Beach, as well as 4.7 km from Hammershus Besøgscenter. This holiday home is 24 km from The Echo Valley and 29 km from Natur Bornholm.Book now
from $80 per night 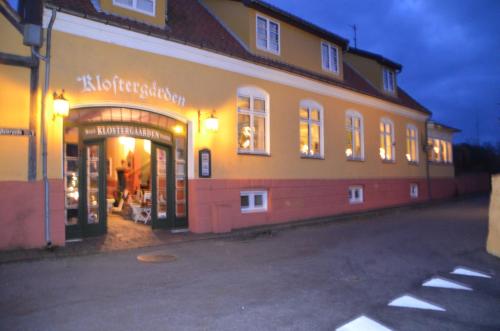 This property is set on a former farm, 250 metres from Allinge Beach. It offers Baltic Sea views and free Wi-Fi. Facilities include 2 lounges and a pretty courtyard garden.Book now
from $80 per night 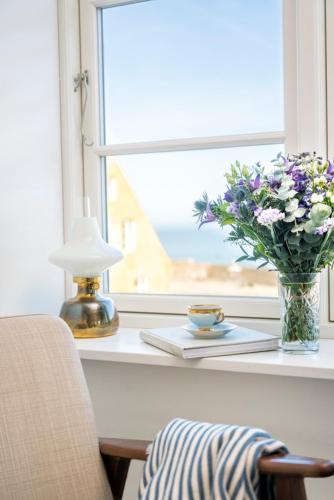 Located in Allinge, Grønbechs Hotel offers beachfront accommodation 700 metres from Næs Beach and provides various facilities, such as a restaurant, a bar and a garden. This 3-star hotel offers a concierge service and luggage storage space. Guests can have a drink at the snack bar.Book now
from $80 per night 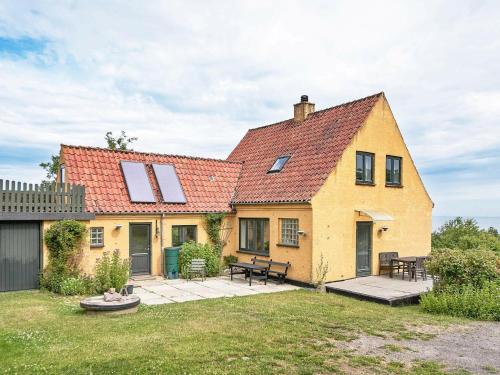 Secluded Holiday Home in Bornholm with Sea Nearby

Set in Allinge, just less than 1 km from Næs Beach, Secluded Holiday Home in Bornholm with Sea Nearby offers accommodation with barbecue facilities, a terrace and free WiFi. The property is 17 km from Østerlars Church and 24 km from The Echo Valley.Book now
from $77 per night 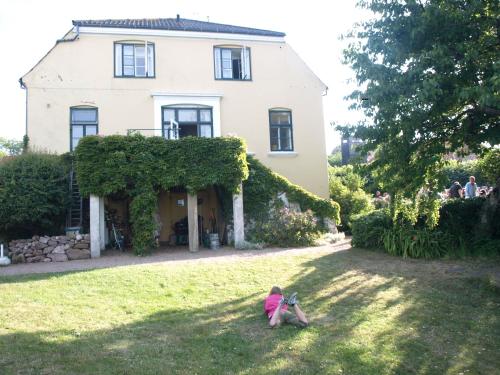 Just a 5-minute walk to central Allinge on Bornholm Island, this B&B is 100 metres from cliffs and a lagoon where guests can swim. It offers a large garden with a furnished terrace and BBQ facilities.Book now
from $57 per night 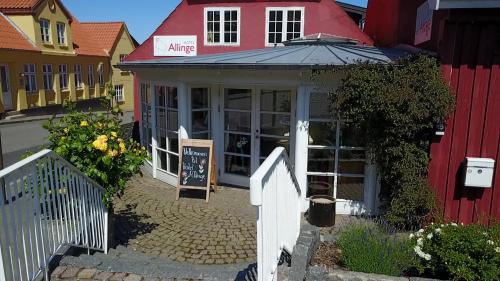 Located in the coastal town of Allinge, this northern Bornholm island property is 5 minutes’ drive from Sandvig Beach. Guests have access to a TV lounge, seating area and free Wi-Fi.Book now
from $91 per night 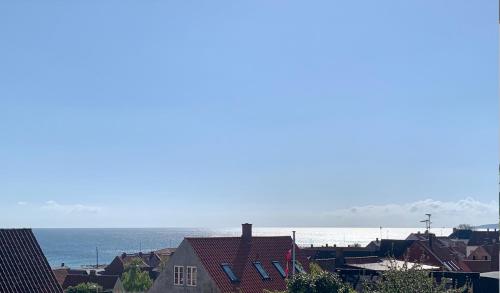 Townhouse with soul and seaview.

Boasting a garden, Townhouse with soul and seaview. Features accommodation in Allinge with free WiFi and garden views. The property has sea and city views, and is less than 1 km from Næs Beach.Book now
from $80 per night

See all 29 accommodations in Allinge

Allinge, or to give it its full title Allinge-Sandvig, is a small town located on the island of Bornholm in Denmark. Surrounded by the Baltic Sea, the island is famous for its fishing industry and the traditions of glass-making and pottery which have existed here for many years. Due to its compact size, the population of Allinge numbers less than two thousand, making for a strong sense of community spirit. You can become a part of that community by renting a holiday apartment in Allinge from 9flats. A large proportion of 9flats accommodation is situated in residential areas, giving you a unique perspective on local life and a chance to get to know the residents here. This is quite similar to the activity of couchsurfing in Allinge which remains popular. However, by renting a 9flats holiday apartment in Allinge, you can enjoy your stay here in comfort and style.

Allinge has origins as a fishing village, although today the picturesque harbour is mainly filled by private yachts and used as a setting-off point for boat trips and ferries which travel across to Sweden. One place in which Allinge’s former status as a centre for fishing can still be seen is the Allinge Smokehouse, a coastal eatery where tourists flock to partake in a variety of smoked fish such as trout, herring and eel. A stroll around the streets of Allinge, lined as they are with quaint half-timbered houses, is a relaxing and stress-free affair. The main church in the town dates back to the sixteenth century and is a popular draw for visitors. Allinge is an excellent base from which to explore the island of Bornholm and the nearby mainland but 9flats also has a selection of apartments in other locations in close proximity. These include holiday apartments in Copenhagen, the capital and perhaps most well-known city in Denmark and holiday apartments in Glostrup, which borders Copenhagen.

Perhaps the most famous and popular tourist attraction in Allinge and indeed the whole of Bornholm itself is Hammershus Castle. Sitting atop the craggy cliffs of the northern coast of the island, Hammershus was built over 800 years ago and is the largest remaining medieval fortification in Northern Europe. The views available from the grounds of the castle are truly spectacular and a visit to Hammershus is a must if only for that. Check out the available 9flats accommodation in Allinge now and avoid disappointment.

Accommodation in Towns and Cities Large and Small