Well done. Look what authentic hosts in Tiszafiired are offering to you on 9flats. 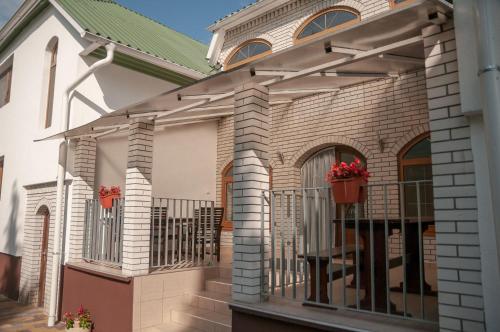 Featuring garden views, Tiszavirág Panzió és Üdülőközpont in Tiszafüred features accommodation, a garden, a shared lounge, a terrace and a bar. Free WiFi is offered throughout the property and private parking is available on site.Book now
from $85 per night 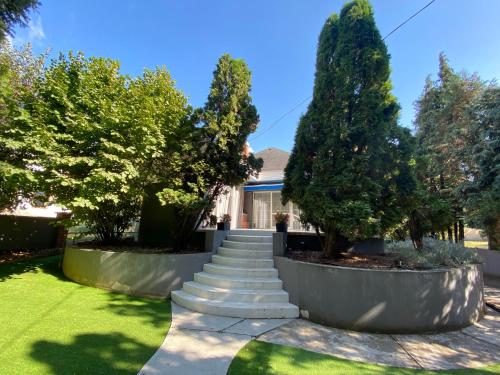 Featuring a garden, a shared lounge, and a terrace, HÁZ A TÓNÁL provides accommodation in Tiszafüred with free WiFi and garden views. This apartment offers free private parking and a shared kitchen.Book now
from $85 per night 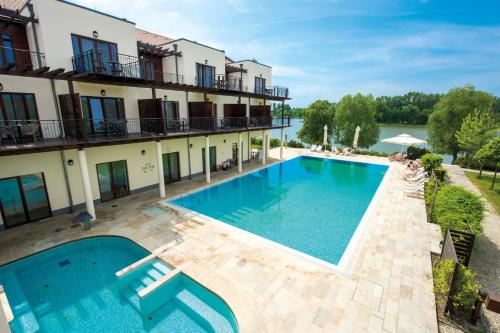 The Tisza Balneum Hotel is situated on a beautiful peninsula on the shore of Lake Tisza in Tiszafüred, amid landscaped gardens. It offers free Wi-Fi and a large spa area.Book now
from $85 per night 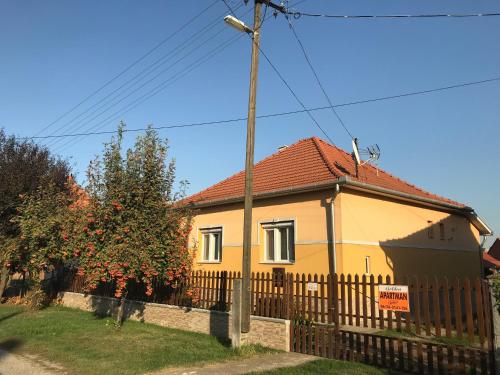 Located 50 km from Egerszalók, Golden Apartman offers accommodation in Tiszafüred. The unit is 80 km from Miskolctapolca.Book now
from $85 per night 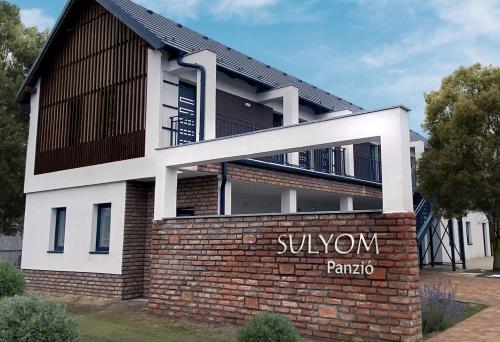 Located 3 km from the centre of Tiszafüred, Sulyom Panzió offers multiple accommodation units and a private beach area. All self-catering buildings feature free WiFi. The beach is 250 metres away.Book now
from $85 per night 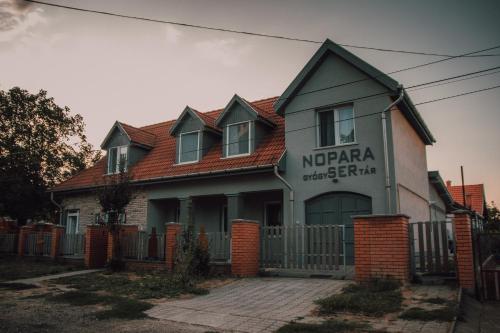 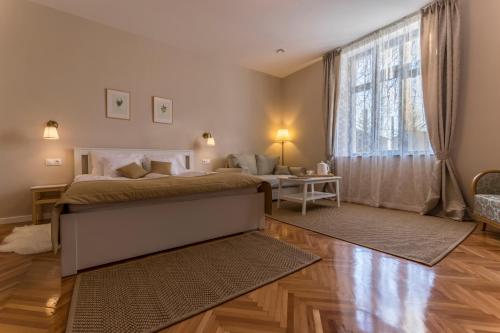 Situated in Tiszafüred in the Jasz-Nagykun-Szolnok region and Egerszalók Thermal Spring reachable within 48 km, Villa Lenka features accommodation with free WiFi, BBQ facilities, a garden and free private parking.Book now
from $85 per night 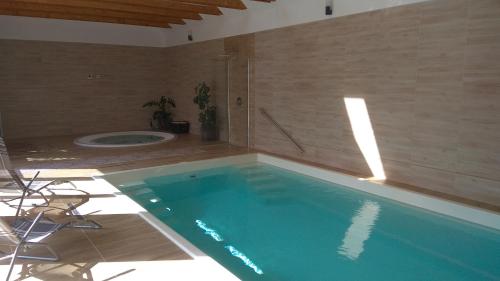 The Lake Tisza is 2 km from the Nádas Panzió in Tiszafüred, and it comes with a lush garden including barbecue facilities, an outdoor pool and accommodation units furbished with rustic-style furnishing. Free WiFi is available.Book now
from $81 per night 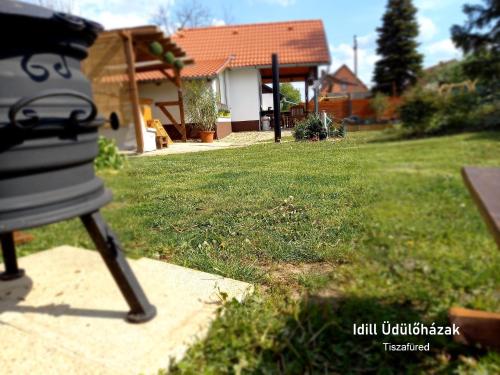 Boasting garden views, Idill Üdülőház features accommodation with a patio and a kettle, around 49 km from Egerszalók Thermal Spring. This holiday home has a private pool, a garden, barbecue facilities, free WiFi and free private parking.Book now
from $74 per night 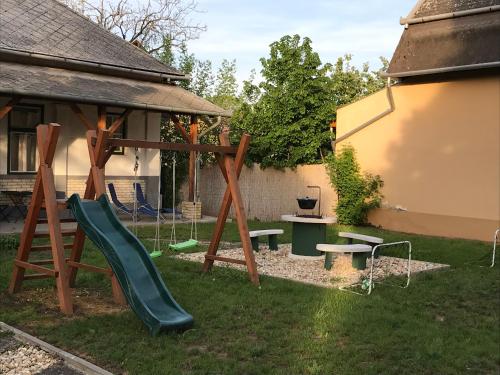 Situated 50 km from Egerszalók Thermal Spring, Tisza-Kert Apartmanok features accommodation with a garden, a terrace and a shared kitchen for your convenience. Both WiFi and private parking are accessible at the apartment free of charge.Book now
from $85 per night 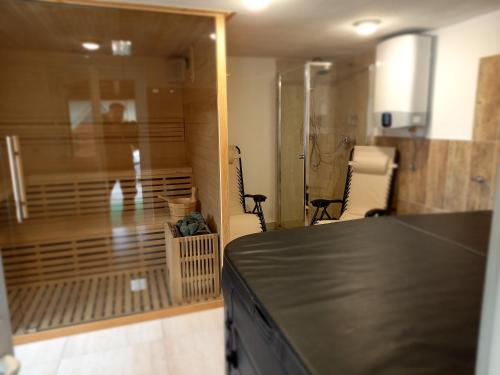 Set in Tiszafüred, 50 km from Egerszalók Thermal Spring, Idill Apartmanház B&B offers accommodation with a garden, free private parking and a terrace. The property is allergy-free and is situated 35 km from Nine-arched Bridge.Book now
from $50 per night 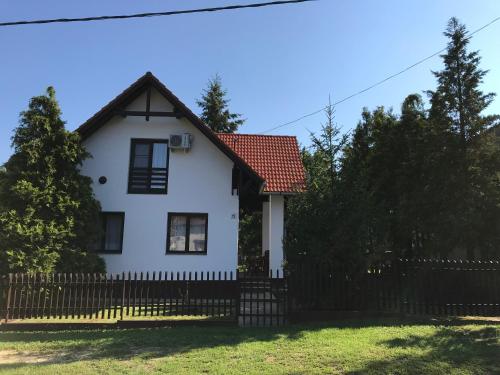 Lovas Vendégház, a property with a garden and a terrace, is set in Tiszafüred, 50 km from Egerszalók Thermal Spring, 38 km from Nine-arched Bridge, as well as 50 km from De la Motte Castle Noszvaj. This apartment offers free private parking, a shared kitchen and free WiFi.Book now
from $85 per night

See all 76 accommodations in Tiszafiired

If the Puszta attracts you with its horses and extensive pastures, then book an apartment with us in Tiszafüred, a city in eastern Hungary with around 11,000 inhabitants. You can get to Tiszafüred either by car, train or via the international airport in Budapest. Two churches can be seen in Tiszafüred, the Roman Catholic Church from 1827 and the Reformed Church. During excavations, researchers discovered two windows that date back to 1230. The Kiss Pál Museum was opened in 1877 in what was then the Town Hall and is considered one of the oldest museums in Hungary. Here you will find remarkable exhibits, such as a two-headed duck. But the users of private accommodation in Tiszafüred are more interested in everyday pleasures. So you can fish well in the Lake Tisza with its 127 square kilometres, which was built in 1973. Even without a membership card you can catch pike, zander, carp, barbel and catfish here for a weekly fee of almost 50 euros. If you choose an Apartment in Somogy, Lake Balaton is also suitable for fishing. And for lovers of thermal baths, an accommodation in Hévíz, only five kilometres from Lake Balaton is worthwhile. If you don’t feel like a warm bath or fishing, there are tourist tours by boat. The wonderful natural landscape and the extensive animal world can be admired. For bike lovers, there are various routes to choose from. One of the most popular is a 6-hour trip with a visit to the Górés-Tanyai bird watching centre. This route ends at the Csárda Museum. Hikers also use this tour. Local life is much more pronounced in an accommodation in Tiszafüred than in a holiday apartment in Budapest or in an apartment in Belgrade, Serbia.

An apartment in Tiszafüred opens you the Puszta

A visit to the Körszín Museum is worthwhile for museum visitors. Here you can learn all about the craftsmen in the Puszta. Also worth a visit is the Hortobágy Herdsmen Museum, which shows you everything about the life and work of the Puszta shepherds. Not to forget the Kareag windmill, which was built in 1858 and now houses a museum. This is the only mill left in the Puszta. In Máta you can participate in the Hortobágy Stud, which shows you 300 years of life with the Puszta herds. The Szálkahalom Nature Trail gives you a great insight into the flora and fauna of the Puszta. A lookout tower and a visit to the “Szálkahalom” mound grave will fascinate you, as will windbroken woodland and herds grazing in alkaline and loess soils. At Whitsun the Puszta people celebrate a festival in Rare Breeds Park in honour of domesticated herds of cows and sheep.

Tiszafüred is also suitable for horse lovers. There are rides over several days and courses that are suitable for beginners as well as advanced riders. The longer rides are more suitable for the users of a private holiday apartment in Tiszafüred than for guests of the couchsurfing in Tiszafüred, because afterwards you can relax undisturbed in your apartment. If you’re tired from riding, it’s worth visiting craftsmen who will show you leatherwork, basket weaving and pottery. And you won’t miss out on hunger either. More than eight well-known restaurants, from inexpensive to upscale, offer you menus of Hungarian cuisine. Tiszafüred offers something for everyone. Book an apartment with us in Tiszafüred and enjoy the beautiful time between puszta herds and friendly Hungarian people.

Homokcsárda
Kisjustus
Örvény
close
Cookies help us deliver our services. By using our services, you agree to our use of cookies.