Well done. Look what authentic hosts in London-Silvertown are offering to you on 9flats. 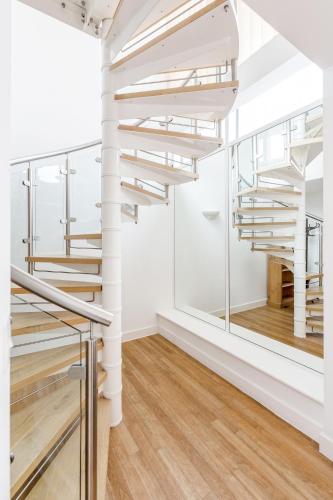 Offering a fitness centre, EXCEL LONDON MAJESTIC APARTMENT is set in the Newham district of London, 3.2 km from West Ham and 3.8 km from Canary Wharf Underground Station. Free WiFi is offered and private parking is available on site.Book now
from $79 per night 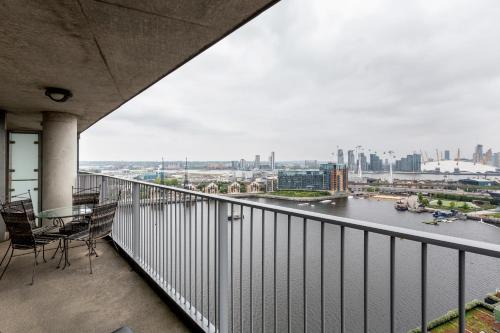 Premium Excel 3 & 2 Bedrooms is located in the Newham district of London, 3.1 km from West Ham and 3.7 km from Canary Wharf Underground Station. Complimentary WiFi is provided throughout the property and private parking is available on site.Book now
from $126 per night 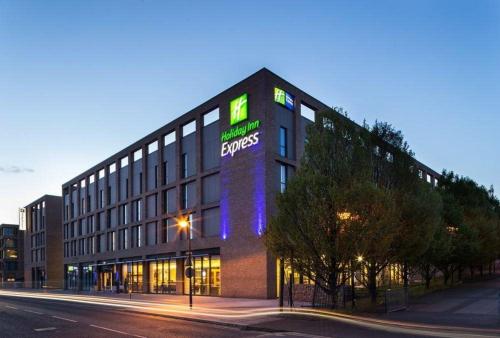 Located in the heart of London's Docklands, this Holiday Inn Express is a 7-minute walk from the ExCel and a 1.1 miles from London City Airport. High-speed free WiFi is accessible throughout, and there are meeting facilities on site.Book now
from $41 per night 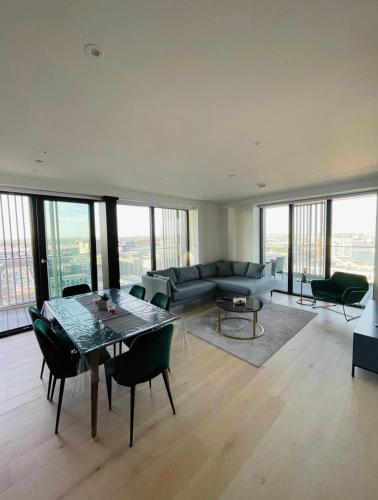 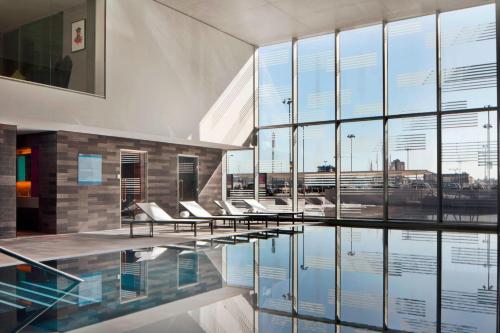 Located in London's Dockland area, this hotel boasts direct access to the Excel International Exhibition and Convention Centre. Offering sleek, stylish rooms with free WiFi, it also has a gym, pool and lively bar with music performances 3 times per month.Book now
from $105 per night 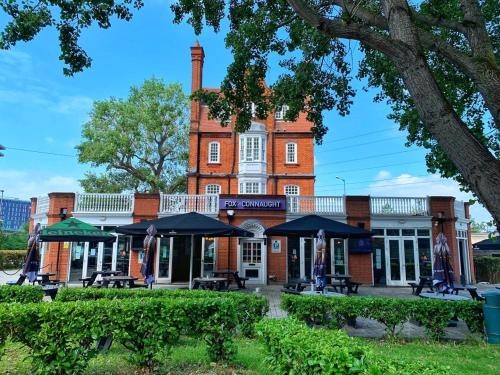 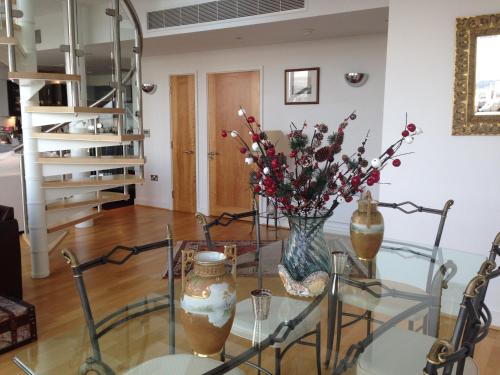 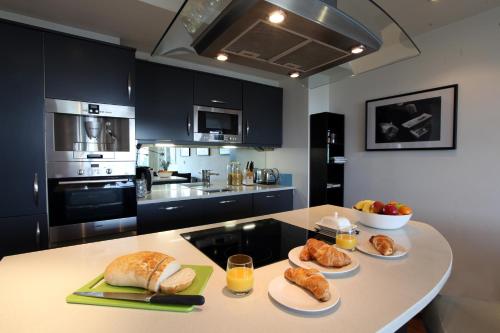 Located in London, within the Docklands area, Oxygen Apartment with Balcony and Thames River View near Excel - Royal Victoria is an accommodation offering river views, 550 metres from the ExCel Cenre. The Greenwich is within 3.5 km of the apartment, and free WiFi is provided.Book now
from $79 per night 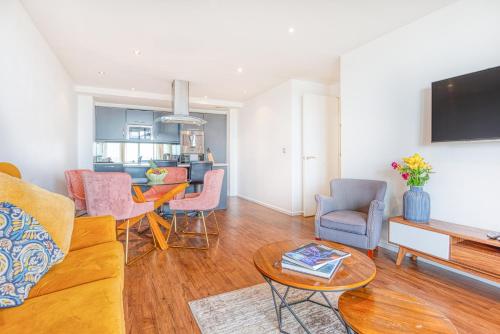 Located in London, Austin David Apartments Royal Victoria offers a self-catering apartment with free WiFi access throughout 200 metres from the Docklands and 600 metres from Canary Wharf.Book now
from $136 per night 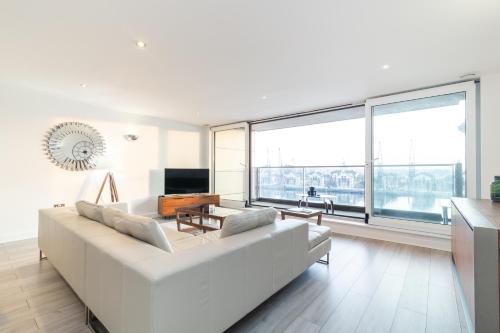 Located just off Royal Victoria Square and with the Excel Centre a few hundred metres away, this penthouse apartment is equipped to ensure guests’ comfort during their stay in London. Parking is possible for a fee, and free WiFi can be accessed in the apartment. Additionally, a complimentary travel card is offered to guests and a free airport pick-up from London Airports, subject to specific terms.Book now
from $240 per night 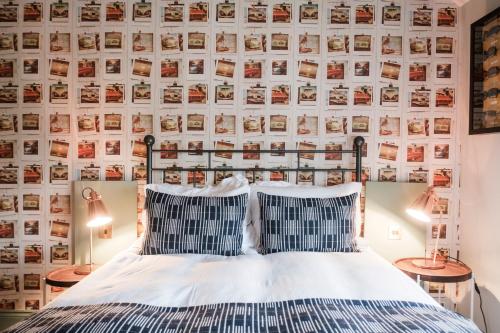 Just 10 minutes’ walk from the O2 Arena, The Pilot Inn offers beautiful, boutique bedrooms. Full English breakfasts are provided, along with free Wi-Fi access and a traditional pub restaurant.Book now
from $79 per night

See all 99 accommodations in London-Silvertown

The London district Silvertown is located in the district “London Borough of Newham” on the northern bank of the Thames. If you are looking for an Apartment in London and would like to stay in one of the historic districts, you should have a look at our site and our selection of apartments in Silvertown, London. There are many photos and descriptions to help you make your choice, and if you want to know how other guests liked the private apartments there, read the comments, and maybe they will help you make your decision. Our private accommodations are a great alternative to couchsurfing in Silvertown, London. Here you will find rooms and apartments that are available to private people at a reasonable price and which you can have all to yourself if you wish. It’s one of the most authentic ways to live like the locals and at the same time discover this fascinating big city on a budget. Of course we also offer holiday apartments in other parts of the city: For example, you can also find chic Apartments in Shoreditch, London. Let yourself be seduced by our portfolio and reserve your dream apartment in London right away.

In 1852, Samuel W. Silver opened a rubber factory in this part of town, which was originally intended to produce waterproof clothing. Due to increasing demand in other areas, the company was able to establish itself so positively in the following years that at some point people simply started talking about Silvertown. Today, Silvertown is considered an important industrial district in the immediate vicinity of the famous Docklands. In order to additionally upgrade this district as a residential area, in the 1970s, residential buildings were erected and parks were created, for example the Beckton District Park or the Thames Barrier Park. If you want to go out in the evening, have a good meal and a cold beer, you should go towards Victoria Dock Road and further south to the Docklands, because there are many restaurants and pubs. Public transport also connects Silvertown with the city centre in the shortest possible way, allowing you to get from your apartment in Silvertown, London, to the city centre quickly without having to use a car.

Sights around the private holiday apartment in Silvertown, London

But there are not only interesting things to discover in the city centre, but also near your private accommodation in Silvertown, London. The Trinity Buoy Wharf on Orchard Place, originally part of the Docklands, has now been transformed into a meeting place for creative people: a colourful mix of cafés, bars, restaurants, numerous studios and exhibition facilities. Workshops are offered and interesting performances and installations invite you to watch and discuss, as does the Faraday Project, probably London’s smallest museum. If you would like to see one of the most famous historic ships, you should definitely go from your private holiday apartment in Silvertown, London, to King William Walk on the southern bank of the Thames, because here lies the Cutty Sark, the famous tea clipper, which was built in 1869 by order of John “Jock” Willis to bring delicious tea from China to England in the fastest way.