Well done. Look what authentic hosts in Nuremberg-Schweinau are offering to you on 9flats. 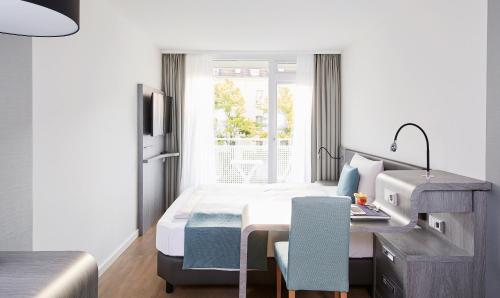 A full breakfast buffet and a selection of regional Franconian and international dishes are served in the warmly furnished restaurant. Drinks can be enjoyed at the hotel bar or in the leafy beer garden in summer.Book now
from $51 per night 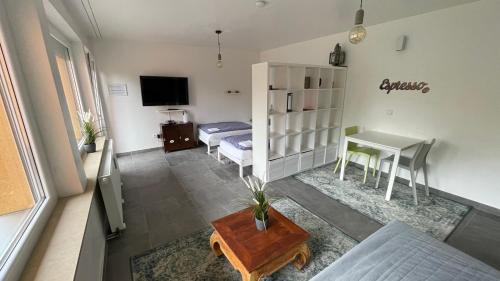 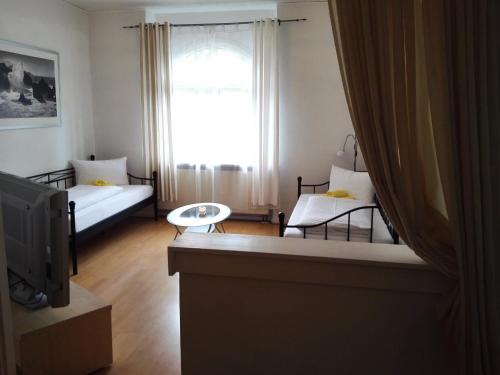 Decorated in a modern style, Harsdörffer Apartment is centrally located in Nuremberg. The apartment offers free WiFi access.Book now
from $83 per night 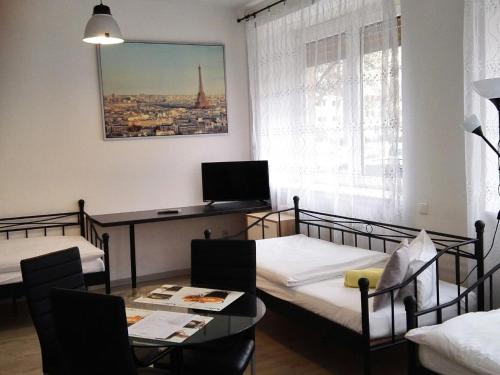 This ground-floor accommodation is just 1.5 km from Nuremberg Main Station and 4.5 km from the Nuremberg Exhibition Centre. It offers access to a shared kitchen with dishwasher.Book now
from $83 per night 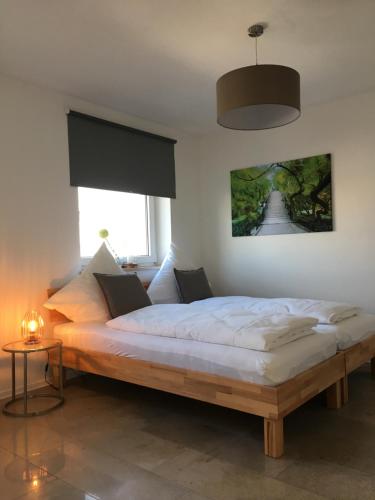 Situated within 3 km of Main Station Nuremberg and 4.6 km of Meistersingerhalle Congress & Event Hall in the centre of Nürnberg, City Apartment features accommodation with free WiFi and seating area.Book now
from $109 per night 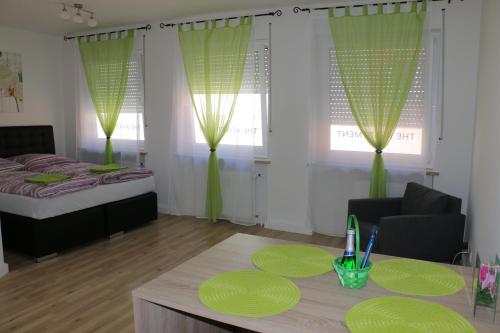 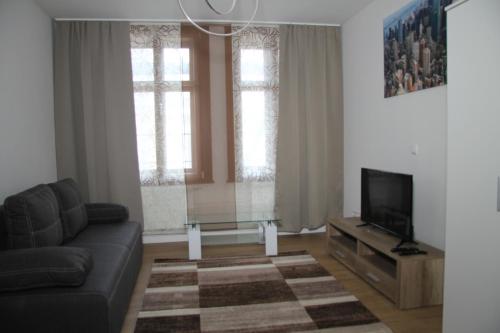 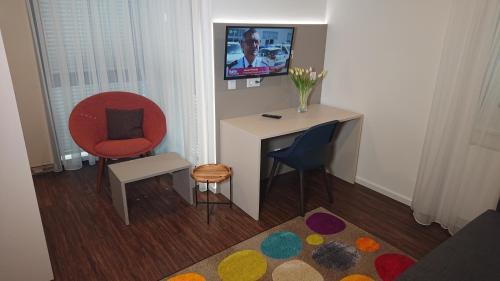 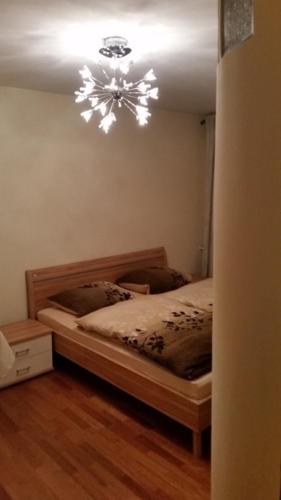 Just a 15-minute drive from NürnbergMesse exhibition grounds, this apartment enjoys a central location in Nuremberg.Book now
from $130 per night 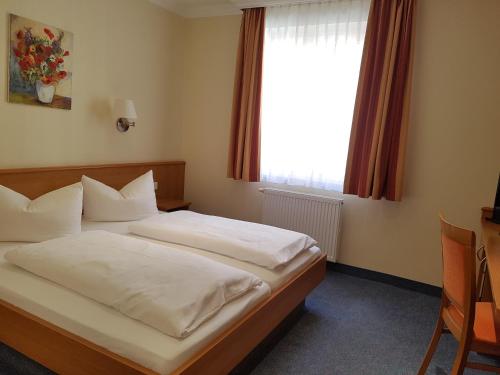 Situated conveniently in the Mitte district of Nürnberg, Hotel Garni Keiml is set 400 metres from Main Station Nuremberg, 3.4 km from Meistersingerhalle Congress & Event Hall and 4.1 km from Documentation Center Nazi Party Rally Grounds. The property is around 5.9 km from Max-Morlock-Stadion, 7 km from Nürnberg Convention Center and 90 metres from Königstor city gate. This pet-friendly hotel also has free WiFi.Book now
from $51 per night 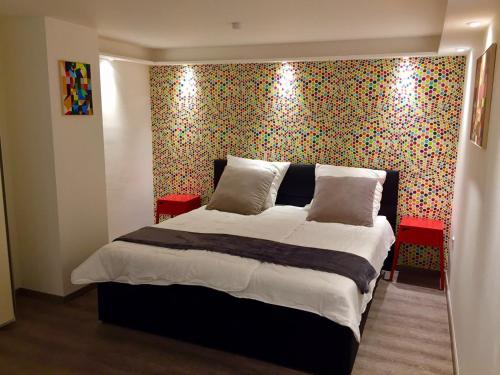 Set in Nürnberg, 3.2 km from Main Station Nuremberg and 4.6 km from Meistersingerhalle Congress & Event Hall, CASA JAKOB - Nähe Zentrum, Burg, Altstadt, Park offers accommodation with free WiFi, air conditioning, a restaurant and a garden. Housed in a building dating from 1984, the apartment is in an area where guests can engage in activities such as hiking and cycling.Book now
from $83 per night 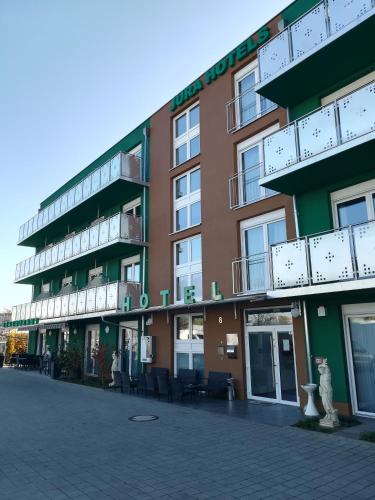 Set in Nürnberg, within 4.9 km of Main Station Nuremberg and 7.7 km of Meistersingerhalle Congress & Event Hall, Jura Hotel offers accommodation with a terrace and free WiFi throughout the property as well as free private parking for guests who drive. This 3-star hotel offers room service. The hotel features family rooms.Book now
from $42 per night

See all 237 accommodations in Nuremberg-Schweinau

Are you curious about the famous Nuremberg Christkindlesmarkt, would you like to visit the International Nuremberg Toy Fair or simply take a few days off to get to know the beautiful city a little better? We recommend all Nuremberg travellers who like to live privately to book a comfortable apartment in Schweinau (Nuremberg) here with us. Firstly, this offers you the advantage that you live in a quiet part of Nuremberg, which is very conveniently located. Secondly you can – unlike, for example, couchsurfing in Schweinau, Nuremberg – arrange your day as you would like it to be and still quickly find contact to locals.

Renting private accommodation in Schweinau, Nuremberg, is also an insider tip among experienced trade fair visitors. Nuremberg ranks among the top 20 in the international ranking of the most important trade fair cities. Every year, numerous important trade fairs and congresses take place here, and then all accommodations are fully booked. Regular visitors can reserve their apartment in Schweinau/Nuremberg for next year immediately after the end of the fair. Visitors living in Schweinau only need about 10 minutes to get to the exhibition grounds. Those who want to do something in the old town in the evening will also reach their destination within a very short time. For tourists, the central location is also an important argument for choosing a private holiday apartment in Schweinau, Nuremberg. All important sights of the city are not far away. Otherwise Schweinau offers everything you need for your daily needs. If you get your breakfast rolls in the neighbouring bakery, you will be informed about all the important news and if necessary you can get tips on what you should not miss. The citizens of Schweinau are proud of the special features of their district, although the formerly independent town has belonged to Nuremberg since the end of the 19th century.

Use your private holiday apartment in Schweinau, Nuremberg, for interesting discovery tours

Whether a trade fair, jazz festival or folk festival, Nuremberg’s calendar of events is full to bursting throughout the year. It is worthwhile to take a look at this interesting calendar in good time before planning a trip, because not only the Christkindlesmarkt is an event that attracts thousands of visitors from near and far to the Franconian city every year. This is one of the reasons why the demand for apartments in Nuremberg or accommodations in Kornburg/Nuremberg or apartments in Schweinau/Nuremberg is almost always very large. Another reason for the impressive numbers of tourists is the remarkable history of this city, which has been an important scene of German history for centuries. All epochs have left their traces here. Nuremberg was the only major German city whose medieval centre remained largely unchanged until the Second World War. Bombs almost completely destroyed the unique building ensemble, but the Nuremburgers resurrected most of the valuable buildings in their old beauty. If you need a break from sightseeing, stop at one of the historic bratwurst kitchens and try the Nuremberg speciality. The famous Nuremberg sausages are traditionally served in three or six portions with sauerkraut. Ketchup is taboo here, because mustard and a Franconian beer belong to the Nuremberg bratwurst.

Latest reviews for places in Nuremberg-Schweinau