Well done. Look what authentic hosts in Rustenburg are offering to you on 9flats. 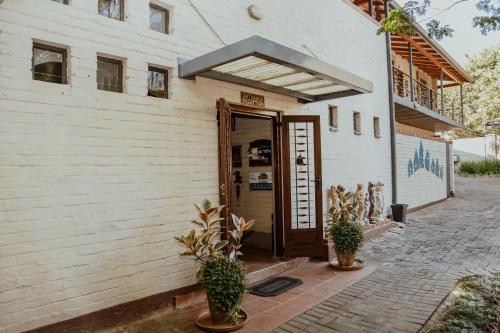 Offering a free outdoor pool and a garden, Ons Dorpshuis Guesthouse is located in Rustenburg. Accommodation here is rooms, some of which have free WiFi.Book now
from $48 per night 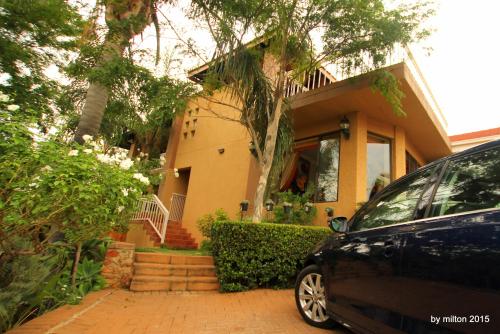 Offering views of the Magalies Mountains range, Sunset Ridge Guest House is located in Rustenburg. The guest house has an outdoor pool and is 3 km away from the Kgaswana Nature Reserve.Book now
from $36 per night 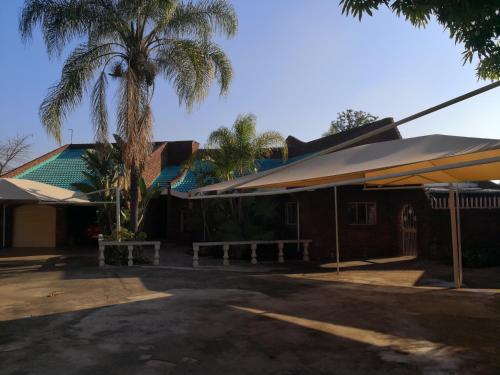 Set in Rustenburg, 15 km from Royal Bafokeng Stadium and less than 1 km from Rustenburg Golf Club, Doedoe Plekkie offers accommodation with free WiFi, air conditioning and access to a garden with an outdoor swimming pool.Book now
from $26 per night 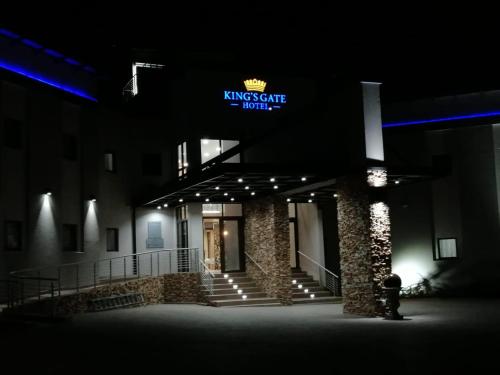 Situated 16 km from Royal Bafokeng Stadium, King's Gate Hotel Rustenburg offers 4-star accommodation in Rustenburg and has a garden, a restaurant and a bar. With free WiFi, this 4-star hotel offers room service and a business centre. The property is non-smoking and is set 5.2 km from Rustenburg Golf Club.Book now
from $92 per night 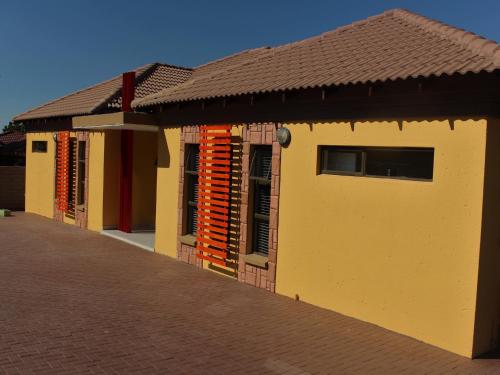 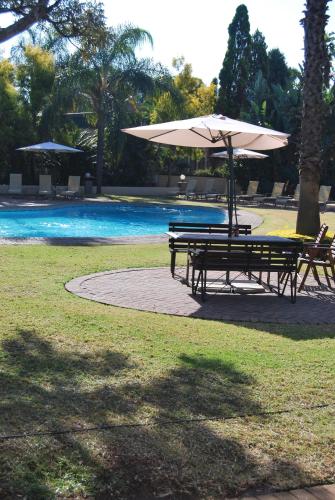 Located in a tranquil country setting at the foothills of the historic Rustenburg Kloof, this lodge has a restaurant and outdoor swimming pool surrounded by a tropical garden.Book now
from $42 per night 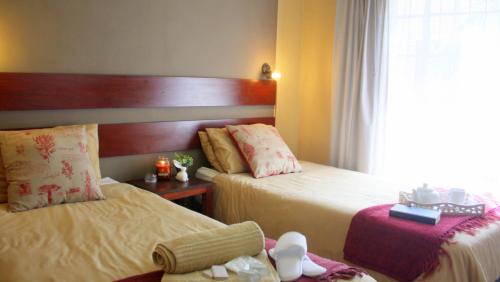 Nestled in the shadow of the Magaliesberg Mountain Range, Honey Bee Guesthouse offers accommodation in Rustenburg. There is a shared lounge and shared kitchen facilities for guests to use.Book now
from $27 per night 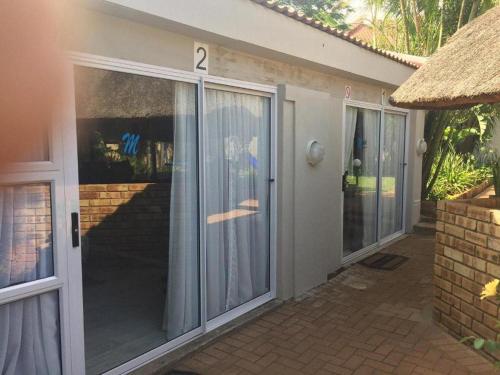 Located in Rustenburg, 19 km from Royal Bafokeng Stadium, Meraki Upmarket Guesthouse provides accommodation with an outdoor swimming pool, free private parking and a garden. Located around 29 km from Magalies Canopy Tour, the guest house with free WiFi is also 34 km away from Mountain Sanctuary Park. The property is non-smoking and is set 5.6 km from Rustenburg Golf Club.Book now
from $43 per night 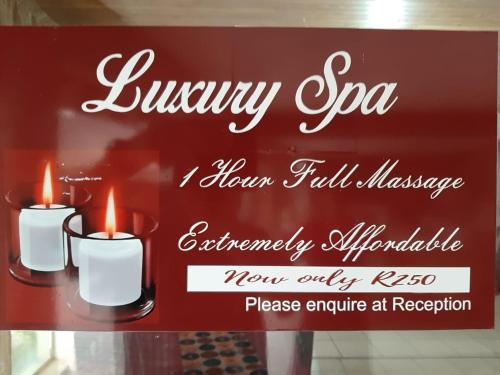 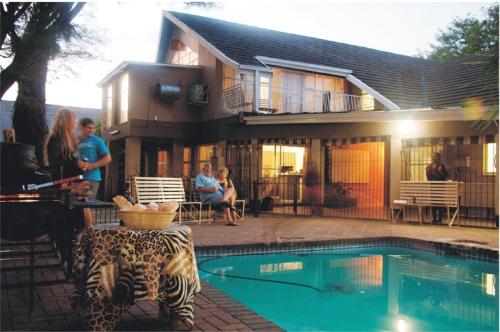 Set 18 km from Royal Bafokeng Stadium, Rustenburg Guesthouse offers an outdoor swimming pool, a garden and air-conditioned accommodation with a patio and free WiFi.Book now
from $31 per night 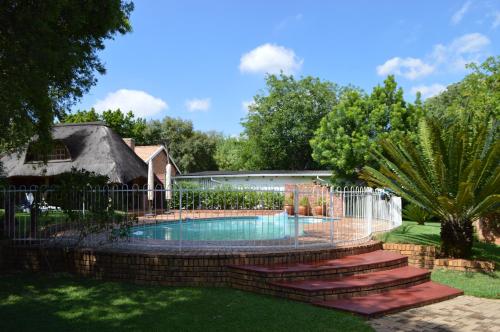 Offering a lush garden and outdoor pool, Franka Guesthouse is located in Rustenburg. The property is 3 km away from the Rustenburg Golf Club. Free private parking is available.Book now
from $48 per night 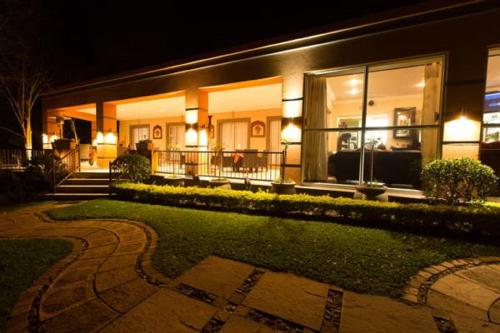 Offering a garden and outdoor pool, @Home Guest House is located in the suburb of Protea Park, 6 km away from the town centre of Rustenburg. Free parking is available.Book now
from $52 per night

See all 42 accommodations in Rustenburg

About 122 kilometres northwest of Johannesburg and 116 kilometres west of Pretoria lies the town of Rustenburg, founded by the Voortrekkers in 1851, in the South African province of North West. Guests who want to explore the grandiose landscape of the Magaliesberge mountains choose an apartment in Rustenburg. From here you can go on extended hikes or horseback rides through the 4300 hectare nature reserve of the Kgaswane Mountain Reserve. A large selection of our private accommodation in Rustenburg is located in the village. So you can find here for example Apartments in Rustenburg North or private Holiday flats in Thlabane. You would like to live a little further outside of Rustenburg? Then how about – instead of couchsurfing in Rustenburg – a chic Apartment in Phokeng?

Northwest of the Magaliesberge: the apartment in Rustenburg

The founding fathers already provided for historical sights in the town: in 1871 they built the Anglican church and the Dutch Reformed church. In addition, there was the impressive City Hall in the late Victorian style. The Rustenburg Museum offers its visitors an impressive insight into the collection of archaeological finds and the history of the Republic of South Africa. Wonderful houses in the famous Cape Dutch style can be found on the grounds of Boekenhoutfontein Farm, formerly owned by Paul Krüger. The famous politician, who was born in 1825 in Vaalbank and died in Switzerland in 1904, was President of South Africa from 1882 to 1902. A tribute to this impressive statesman can be found on the famous gold coin “Krugerrand”, which bears his portrait and was named after him. Today the Boekenhoutfontein Farm, situated in a valley surrounded by a charming hilly landscape, shows how Paul Krüger lived and worked. From your apartment in Rustenburg you should also visit the street market and watch the hustle and bustle of the merchants. The city of Rustenburg became an international focus as one of the venues for the 2010 Football World Cup, as it hosted preliminary matches and one of the round of 16.

If you want to have a bird’s eye view of the area around your private holiday apartment in Rustenburg, the “Rustenburg Airfield” is very close by. This is also the starting point for the daring SkyDiving Club Rustenburg. Your host may even have details for you as to whether there will be any flight events here during your stay. The Pilanesberg National Park and the famous gambling town Sun City are located about 45 kilometres north of Rustenburg and are certainly worth a detour. Here you can take part in so-called “game drives” through the park: exciting game observations in an open jeep, accompanied by a local ranger. Then try your luck in one of Sun City’s fascinating casinos or enjoy an elegant dinner in one of the chic restaurants. Sun City is also known for its exclusive nightlife. Concerts and top-class events take place here regularly. Would you like to enjoy not only the sightseeing flight over Rustenburg, but also a spectacular “Flight of Angels”, which will carry you over the breathtaking Victoria Falls? Then book a flight to Zimbabwe now and directly the matching Apartment in Victoria Falls.