Well done. Look what authentic hosts in Noordwijkerhout are offering to you on 9flats. 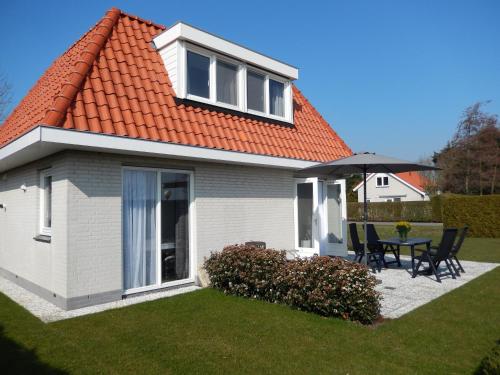 De Witte Raaf is a villapark, surrounded by the dunes on one side and forests and flower fields on the other. All villas feature a fully-equipped kitchen and a private furnished patio.Book now
from $69 per night 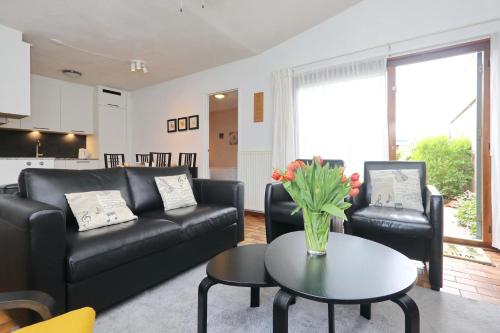 Boasting a garden, Zon Zee Vakanties Hollandsche Tulp offers accommodation in Noordwijkerhout with free WiFi and garden views. This property offers access to a terrace.Book now
from $83 per night 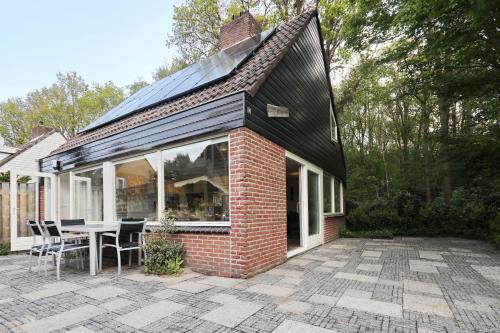 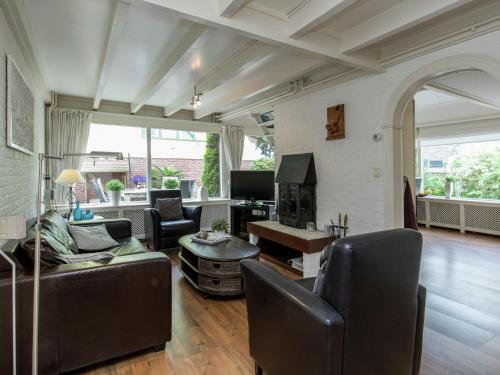 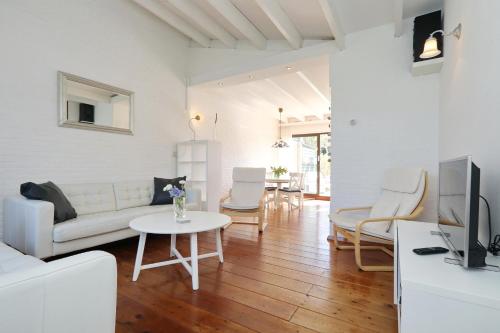 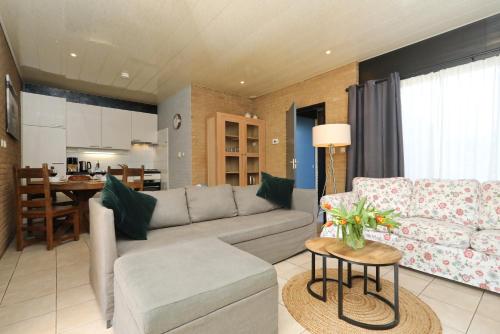 Featuring garden views, Zon Zee Vakanties Anemoon provides accommodation with a terrace and a kettle, around 6 km from Nieuw Leeuwenhorst. Set 2.6 km from Noordwijk aan Zee Beach, the property offers a garden and free private parking.Book now
from $10 per night 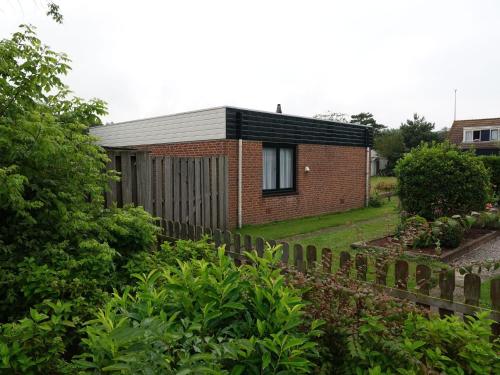 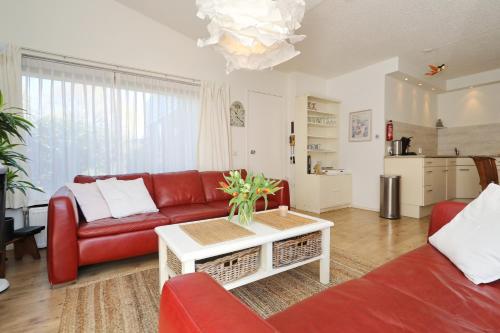 Featuring garden views, Zon Zee Vakanties Zeester provides accommodation with a garden, around 3.6 km from Nieuw Leeuwenhorst. There is an on-site restaurant, plus free private parking and free WiFi are available.Book now
from $10 per night 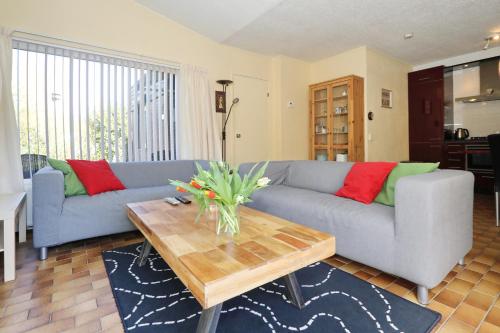 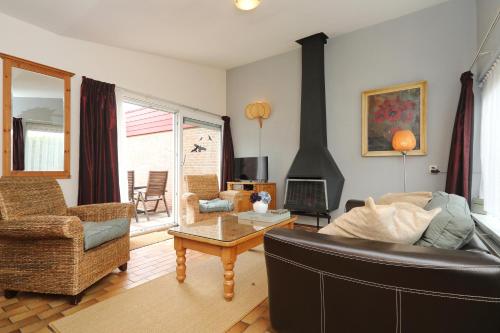 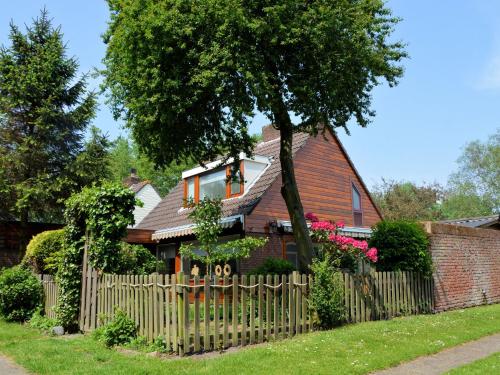 A detached holiday home on the edge of a spaciously designed holiday park is situated in Noordwijkerhout, 2.6 km from Noordwijk aan Zee Beach, and features a terrace, garden, and free WiFi. The holiday home is 6 km from Nieuw Leeuwenhorst.Book now
from $67 per night 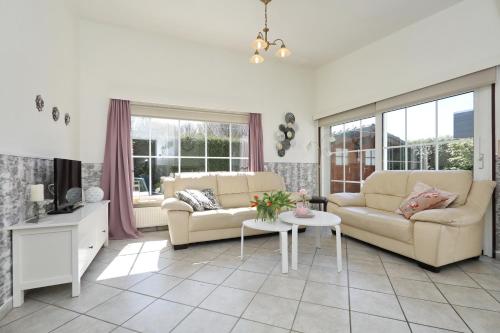 See all 184 accommodations in Noordwijkerhout

The municipality of Noordwijkerhout lies in the middle of fragrant fields of tulips, sunflowers and gladiolus in the Dutch province of Zuid-Holland. It has a population of 15,734 inhabitants living on 23 square kilometres, some of whom offer private accommodation for rent. If you would like to take advantage of this offer, you will live among the locals, just like in the similarly popular couchsurfing in Noordwijkerhout – but you can also count on your privacy and corresponding comfort. By the way, here’s a tip on how to get there: Oberhausen in North Rhine-Westphalia is just 230 kilometres from your apartment in Noordwijkerhout and the North Sea coast. And a little detour across the city, as well as a stopover in an accommodation in Oberhausen is worth it just because here with the “Centro”, Europe’s largest shopping and leisure centre awaits you. The chance to buy holiday utensils, swimming trunks, beach sheets and the like before you go on to your private holiday apartment in Noordwijkerhout.

Cosy apartments in Noordwijkerhout, on the Dutch North Sea coast

Among the sights of Noordwijkerhout are the colourful, kilometre-wide flower fields, for example the international congress centre “Leeuwenhorst”, which is housed in a former monastery. There is also a small white church in the middle of the village, which next to the town hall is one of the most impressive buildings in the municipality. The latter was built in 1930 and is now even a listed building. Also worth a visit are the six state monuments in Noordwijkerhout, the churches “St. Victor” and “St. Jozef”, as well as the church “Heilig Hart” in the village De Zilk. In addition, the stately building of the former clinic “St. Bavo” attracts – not only architecture fans – to the area in the province of South Holland. Of course, you can also simply stroll through the city centre, snack a few Dutch delicacies and browse in the small shops for a holiday souvenir. Last but not least, there is the long stretch of beach in front of Noordwijkerhout, where you can easily find a deserted corner if you are looking for some peace and quiet and relaxed sunbathing.

More central is not possible: private accommodations in Noordwijkerhout

About 18 kilometres further north lies Haarlem, one of the next larger towns around the small municipality. The city is definitely a good destination for excursions. But if you want to see and experience everything here, you should spend the night in an Apartment in Haarlem. Then sightseeing is guaranteed not to degenerate into stress. The same applies by the way to the possibility of an overnight stay in an accommodation in The Hague, which you can reach from your apartment in Noordwijkerhout in a good 40 minutes by car. Do you prefer the complete contrast program? A private accommodation in Amsterdam is also just 40 kilometres away!