Well done. Look what authentic hosts in Isleofwight are offering to you on 9flats.

Featuring free WiFi and a sun terrace, The Fishbourne offers accommodation in Fishbourne, just 200 metres from the Fishbourne Ferry Terminal.Book now
from $12 per night 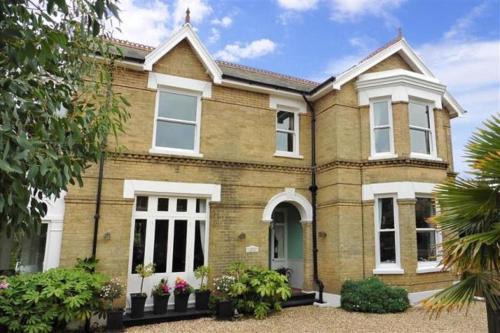 With garden views, Clarence House Shanklin is set in Shanklin and has free WiFi.Book now
from $97 per night 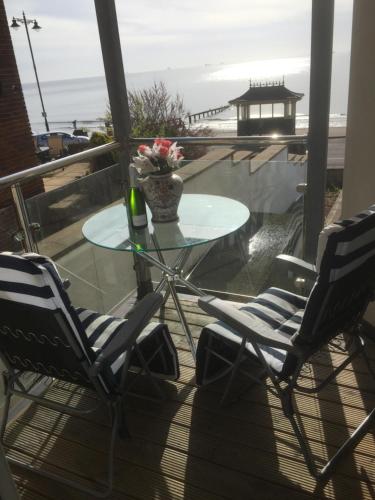 Located in Shanklin, just a few steps from Shanklin Beach, Tides Reach provides beachfront accommodation with barbecue facilities, a terrace and free WiFi. Boasting a patio, the apartment is in an area where guests can engage in activities such as hiking, snorkelling and cycling.Book now
from $104 per night 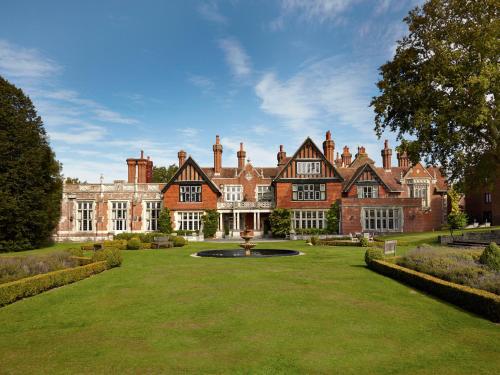 Overlooking the Isle of Wight and the Solent, the 19th-century Macdonald Elmers Court Hotel has an indoor swimming pool, open all year round, as well as a seasonal outdoor swimming pool, a spa and gym. Rooms have views over the courtyards or grounds.Book now
from $166 per night

Offering boutique accommodation in the New Forest town of Lymington, The Angel & Blue Pig has free Wi-Fi and free parking on site. The building dates back to the 13th century, and mixes original features with quirky touches.Book now
from $166 per night 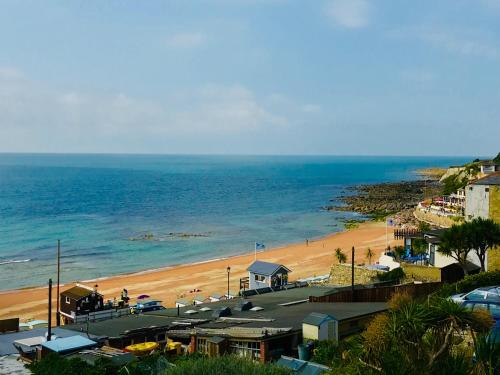 'Kaia' Beach Vista, Ventnor Beach is located in Ventnor, 100 metres from Ventnor, in an area where hiking can be enjoyed. This beachfront property offers access to a balcony, free private parking and free WiFi.Book now
from $195 per night With a superb cliff-top location and stunning sea views, this family run hotel has peaceful gardens, free WiFi, an indoor pool, an outdoor heated pool with terrace and a daily breakfast.Book now
from $81 per night

Set in Bembridge in the Isle of Wight region, Blackberry Cottage features a patio. Housed in a building dating from 1930, the holiday home is in an area where guests can engage in activities such as cycling, fishing and hiking.Book now
from $12 per night 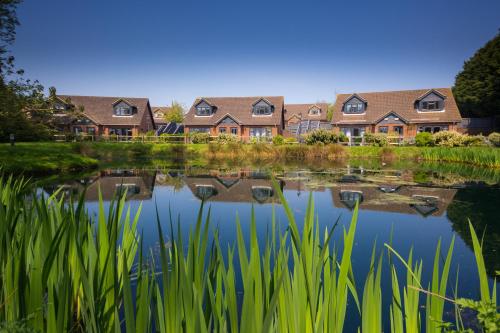 Set in 23 acres of manicured parkland, The Lakes Rookley features an indoor and outdoor heated swimming pool, children’s play areas and a wide range of on-site entertainment. Free Wi-Fi is also available.Book now
from $42 per night 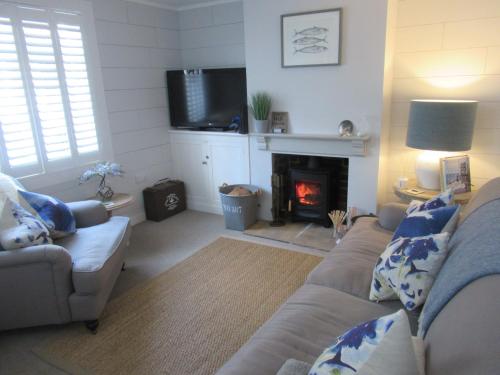 Situated in the heart of Cowes town centre, just 15 km from Osborne House, St Marys Cottage features accommodation with a garden, barbecue facilities and free WiFi.Book now
from $188 per night 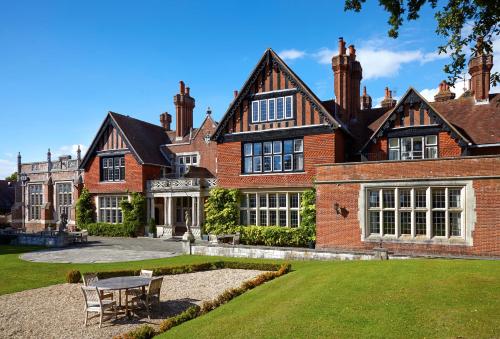 Offering a seasonal outdoor pool and spa centre, Macdonald Elmers Court Resort is set in Lymington, 25 km from Bournemouth. The resort has a terrace and sauna, and guests can enjoy a drink at the bar. Free private parking is available on site and WiFi is available at an extra fee.Book now
from $96 per night

Set alongside the river in Lymington, in the New Forest, The Old Mill offers a garden, 'secret garden' and bar. This 4-star guest house offers free WiFi. Guests can enjoy home cooked meals in the restaurant which overlooks the river.Book now
from $12 per night

See all 735 accommodations in Isleofwight

The Isle of Wight is located off the south coast of England in the English Channel directly opposite the city of Southampton and is now independent. Until 1974 it belonged to the county of Hampshire. The island, whose outline reminds of a rhombus, is about 35 kilometres long and reaches a maximum width of about 20 kilometres. More than 140,000 people live here on a total of 381 square kilometres. In addition, every year, numerous vacationers and tourists come to the island, and many of them book an apartment on the Isle of Wight as a holiday resort. Here you can not only spend a relaxing holiday by the sea, but also visit a whole range of interesting sights. Compared to couchsurfing on the Isle of Wight or a larger holiday resort, a private holiday apartment on the Isle of Wight offers you a maximum of independence. This means that you can organise your holiday as you wish in every respect and do not have to follow the habits and daily rhythm of your hosts or other holidaymakers. To get to your private accommodation on the Isle of Wight, you can use one of the various ferries that take you from the English coast to the island in a short time. For example, the Wightlink catamaran, or “Cat” for short, operates between Portsmouth and Ryde; the journey takes a quarter of an hour. From Southsea you can also take the Hovertravel hovercraft to Ryde within ten minutes. There is also a ferry service between Cowes and Southampton (twenty minutes drive) and car ferries from Lymington, Portsmouth and Southampton.

Wide range of apartments on the Isle of Wight

If you are looking for private holiday homes on the Isle of Wight, you can choose between different locations spread across the island. But no matter which apartment on the Isle of Wight you choose, thanks to the well developed road network and the short distances on the island, you will never be far away from the tourist highlights that can be seen here. Each of the places on the island has its own character. Book an Apartment in Newport and have a look at the “capital” of the island or move into accommodation in Cowes, which is mainly known for its marina. Or opt for a holiday apartment in Ryde, a seaside resort on the coast of the Isle of Wight. The ruins of a Roman villa in Brading prove that the Isle of Wight was already inhabited in ancient times. The Island Line from Ryde Pier Head to Shanklin is, by the way, one of the shortest British railway lines with a length of just 13.6 kilometres.

Ideal for festival and regatta guests : private accommodation on the Isle of Wight

Private accommodation on the Isle of Wight is also a good place to stay for spectators and participants of well-known sailing events such as Cowes Week in August, the Admiral’s Cup in July or the Commodore’s Cup in August. Even if you would like to come to the Isle of Wight Festival, which has been taking place regularly on the island for several years now, a private holiday apartment on the Isle of Wight is well suited for this. And if you want to make a stopover on the other side of the English Channel in the capital of France, you will find the right apartment in Paris. Take a look at our offers and book the apartment you like best!