Well done. Look what authentic hosts in Copenhagen are offering to you on 9flats. 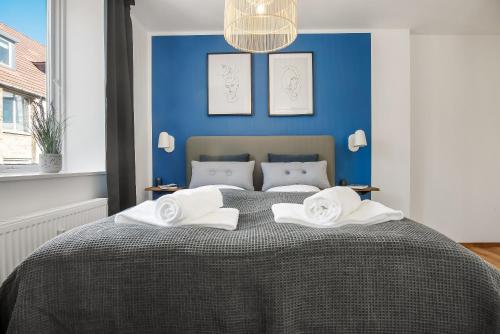 Located in Copenhagen, 2.4 km from Church of Our Saviour and 3.8 km from The National Museum of Denmark, NORD Hotel Apartments provides free WiFi.Book now
from $88 per night 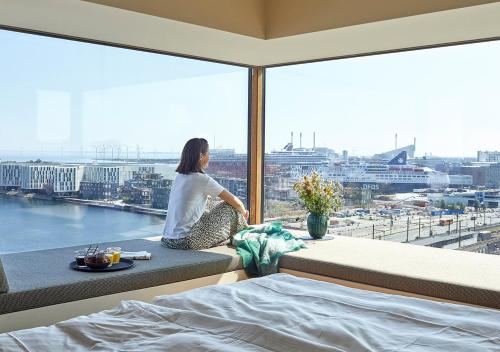 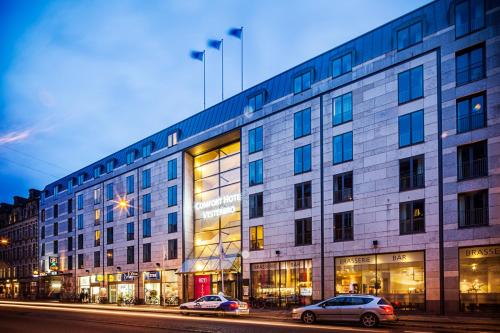 This hotel is in the hip Vesterbro district, about 5 minutes’ walk from Copenhagen Central Station and Tivoli Amusement Park. It offers free Wi-Fi and a varied breakfast buffet.Book now
from $93 per night

Situated next to Copenhagen’s Bella Center, this hotel features distinctive and modern architecture. Its soundproofed rooms have flat-screen TVs, tea/coffee makers and floor-to-ceiling windows.Book now
from $126 per night 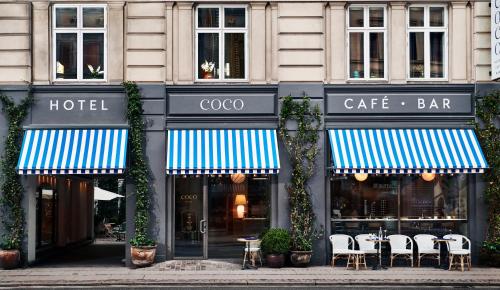 This Green Key eco-certified hotel is situated in the fashionable Vesterbro district, 500 metres from Central Station and 650 metres from Tivoli Gardens. All rooms have a flat-screen TV.Book now
from $82 per night 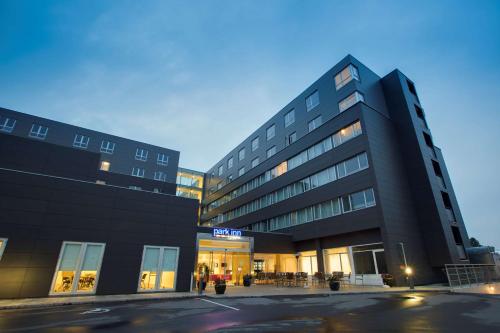 Located by the city lakes in central Copenhagen, this eco-friendly hotel offers a Nordic-style breakfast buffet featuring organic foods. WiFi is free. The on-site Ni'Mat Spa has a sauna, hot tub and relaxation area.Book now
from $96 per night 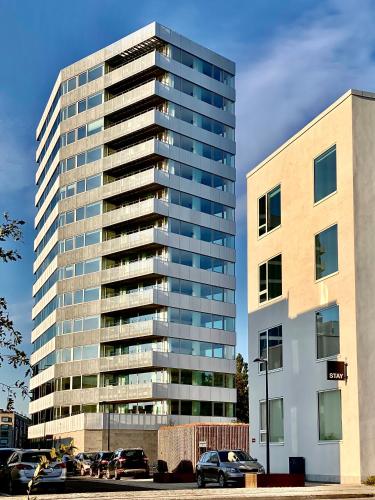 Located in Copenhagen, STAY Bryggen provides lake views and free WiFi, 3.1 km from Bella Center and 3.2 km from The National Museum of Denmark.Book now
from $155 per night 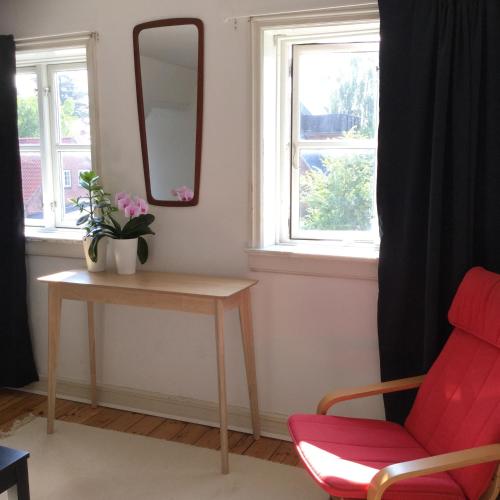 Located 3.1 km from Frederiksberg Have, Valby Apartments provides accommodation with a shared lounge, a garden and a shared kitchen for your convenience. Both WiFi and private parking are available at the apartment free of charge.Book now
from $135 per night 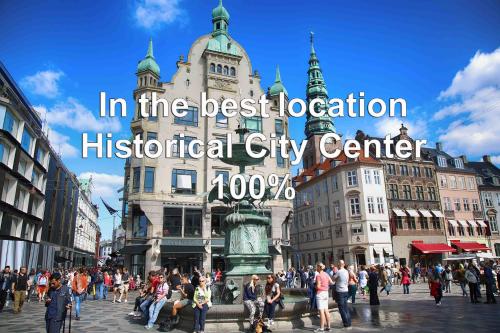 Hotel Mayfair is located in Vesterbro, a 5 minute walk from Tivoli Gardens and Copenhagen Central Station. All rooms have a flat-screen TV and free WiFi.Book now
from $91 per night

See all 494 accommodations in Copenhagen

HOTELS, APARTMENTS, VACATION RENTALS AND BED AND BREAKFAST IN COPENAGHEN

Copenhagen, the capital of Denmark, is situated on the islands of Selandia and Amager, just opposite Malmö, from which it is separated by the Øresund Strait. Composed of the districts of Indre by, Vesterbro, Nørrebro, Østerbro, Christianshavn and Frederiksberg, the city of Copenhagen is a real jewel both from an architectural and living point of view. Named the green capital of Europe in 2014, Copenhagen has been ranked among the top 10 most liveable cities in the world in recent years. It is easy to see the reasons for this: attention to the environment, driven by a cycling vocation, mutual respect, high civic sense and “Hygge”, that is the approach to life, typical of Danish culture, which leads to the search for happiness in small things. Difficult to explain, impossible to translate but to try and assimilate only by going there.

Apartments and holiday rentals in Copenhagen

It has always been synonymous with the avant-garde, both in the culinary field and in that of design, architecture and art. Avant-garde that mixes, or rather merges, skillfully with the history that we breathe here. Copenhagen is always surprising, both in summer and in winter. Book an apartment in Indre By, the historic center of the city, so you’ll be within walking or cycling distance from Tivoli Garden, the world’s oldest amusement park, the Botanical Garden and, of course, Strøget, the shopping street. Small enough to be walked around entirely, Indre By will delight you with its cobblestone streets, beautiful squares and numerous museums. Also in this neighborhood you will find some of the best restaurants in the city, such as AOC, Kokkeriet, Høst and Uformel. In Denmark, and in Copenhagen in particular, the cuisine is serious!
A little to the west of the city centre is Vesterbro, a former food and meat processing area, which has been redeveloped and is now the cradle of the city’s rich cultural scene. It is a good choice to book a hotel or holiday rental as it is practically in the centre but with lower prices. Visit the Copenhagen Museum and the Carlsberg Beer Museum.
Rent a holiday home or any kind of accommodation in the picturesque, original and trendy Christianshavn district. You can visit the beautiful Danish Naval Museum, the very modern Copenhagen Opera House or climb the 400 steps of the spiral staircase to the top of the golden spire of Our Redeemer’s Church from where you can enjoy a breathtaking view of the city.
Full of cafes and unique venues, this neighborhood is especially famous because since 1971 it is home to The Free City of Christiania, a real small town in the city, where the 850 residents govern themselves, according to the Free City of Christiania Law of 1989.
It can be said to be the hippie stronghold of all of Denmark, with alternative venues, car-free streets and kiosks where you can freely buy and smoke hashish and marijuana.
If you want to book a fantastic luxury hotel, you should certainly look at the Sterbro district (Østerbro), north of the old town. Exclusive and residential area, certainly one of the greenest areas of Copenhagen, hosting, among others, the Fælledparken park, the largest in Denmark, where you can admire the Statue of the Little Mermaid. There are, of course, many restaurants offering vegan and vegetarian cuisine.
Also the district of Frederiksberg, like Sterbro, offers the possibility to book luxury apartments and design hotels. Here, on Værnedamsvej Street, you will probably find the best restaurants in town. Copenhagen Zoo is also worth a visit.
If you are looking for a (cheaper) accommodation, Nørrebro is the opposite choice. Lively and multicultural, it boasts numerous art galleries and well-stocked bookstores, as well as shops and antique dealers. In this neighborhood you’ll find great accommodation in hostels, budget hotels and even B&Bs.
Finally, on the island of Amager, the Restad district is worth a visit. Copenhagen’s newest and most avant-garde district, although a bit far from the centre, is certainly worth a visit: contemporary architecture surrounded by water. The accommodations in this area are very varied and range from the cheapest hostels to large luxury hotels. Always recommended to attend one of the many concerts held in DR Koncerthuset.

What are the recommended places to see in Copenhagen?

What to eat in Copenhagen?

When you visit Copenhagen, you can’t not eat:

Restaurants in Copenhagen are of all kinds and for all budgets. In addition to the famous (and starred) Geranium, Aoc, Noma, Kadeau Copenhagen, you can find others much cheaper but offering a respectable menu: Kronborg, Falernum, Brace, Restaurant Schoennemann, Bio Mio.

Book a vacation rental in Malmö, Sweden which is right across the street from Copenhagen. What about a nice apartment in Hamburg instead? It’s very close to Copenhagen and can be reached either by a very short flight or in a few hours by train, often at super discounted rates. Or you might like a hotel in the centre of Amsterdam, very close as well.

One day in Copenhagen by the New York Times

Check what you should visit, if you have only 36 to explore this beautiful city.

Latest reviews for places in Copenhagen