Well done. Look what authentic hosts in Granada-Alhambra are offering to you on 9flats.

Alhambra Palace is located just outside the Alhambra’s ancient walls, offering spectacular views over the city of Granada. It features stylish rooms with Moorish-inspired décor, free Wi-Fi and satellite TV.Book now
from $11 per night

Hotel Barceló Carmen Granada is located in the centre of Granada and it features a seasonal rooftop swimming pool with views of the Alhambra Palace. It offers free Wi-Fi and a restaurant with an open-air bar.Book now
from $56 per night 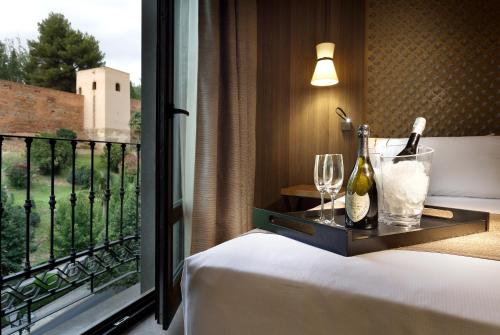 Located 200 metres from Granada Cathedral, Sercotel Palacio de los Gamboa has a charming Andalusian courtyard with a fountain and colourful glass roof.Book now
from $11 per night 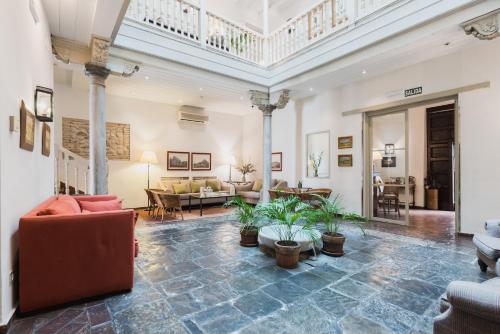 This charming, listed 16th-century palace is located in central Granada, just 400 metres from Calle Elvira. It offers stylish, air-conditioned rooms with free Wi-Fi and a flat-screen TV.Book now
from $68 per night 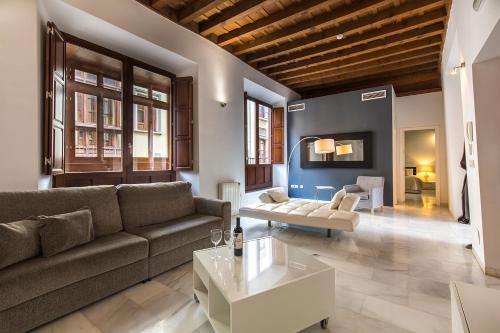 Stylish, modern apartments offer free Wi-Fi and are located at the foot of Granada’s Albayzin District. Elvira Suites are set around a small interior patio and garden.Book now
from $78 per night 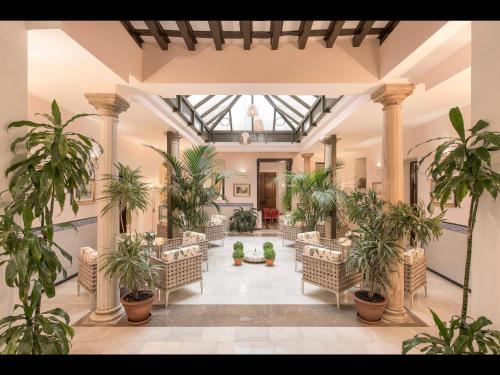 Hotel Anacapri is housed in a typical 18th-century house in Granada's old town, just 50 metres from the Cathedral and Plaza Nueva Square. It has free Wi-Fi throughout.Book now
from $59 per night

The stylish Eurostars Gran Via is located in a 19th century building on Gran Via de Colon, in the centre of Granada. It offers a spa area with a Turkish bath, massage rooms and a variety of treatments. Free WiFi is available throughout.Book now
from $59 per night

Located on Granada’s central Gran Via Avenue, Granada Five Senses Rooms & Suites is just 200 metres from Granada Cathedral. It offers an outdoor pool with views of the historic city centre and the Cathedral.Book now
from $68 per night

Eurostars Puerta Real has an ideal setting in the centre of Granada’s old town, around a 15-minute walk from the famous Alhambra. It offers a seasonal roof terrace with bar and panoramic views.Book now
from $45 per night

Located beside the Alhambra, Porcel Alixares offers panoramic views of Granada and the Sierra Nevada Mountains. It has a seasonal outdoor pool, and rooms with central heating and air conditioning.Book now
from $11 per night 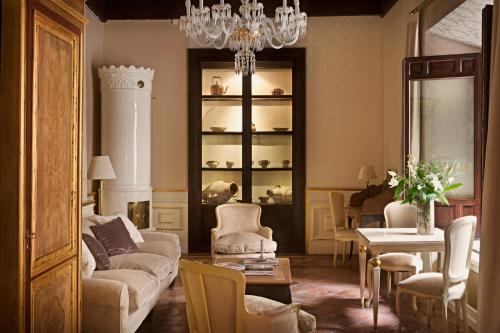 Ideally situated in the Albaicin district of Granada, Hotel Casa 1800 Granada is situated a few steps from San Juan de Dios Museum, 100 metres from Albaicin and 400 metres from Granada Cathedral. This 3-star hotel offers a shared lounge and a concierge service. The accommodation features a 24-hour front desk, airport transfers, room service and free WiFi throughout the property.Book now
from $53 per night

See all 699 accommodations in Granada-Alhambra

The Alhambra sits atop a commanding hill overlooking Granada. The Alhambra district itself forms the historic centre of Granada and a holiday apartment in Alhambra will see you right in the middle of this exciting city. Renting your holiday apartment in Alhambra allows you to live in the midst of the local community too, enjoying the environment and learning about the people and their culture as well as the extraordinary Alhambra Palace complex itself. Indeed, your holiday accommodation in Alhambra provides much of the authentic experience of couchsurfing in Alhambra but with the added benefits of far more comfort and privacy in your own room or apartment. It is the perfect way to gain a deeper understanding of this fabulous Andalusian city.

Enjoying the sights from your holiday apartment in Alhambra

The Alhambra is a vast palace complex overlooking the city of Granada. It consists of six palaces and two tower buildings and has been brilliantly restored after falling into disrepair in the 19th century. Its origins go back to 889 AD when it started life as a Moorish fort. In the 14th century it was expanded into a royal palace for the Sultan of Granada, Yusuf I. Since then it has been reconquered by Christian Europe and the Holy Roman Emperor, Charles V, build his own palace there in 1527. Today the Alhambra’s fountains are still fed by water channelled all the way from the Sierra Nevada Mountains. The renovated complex is also now one of the most visited attractions in Spain.

Exploring Granada from your holiday accommodation in Alhambra

Granada has more to offer than just the Alhambra, spectacular though it is. The city is one of the youngest in Spain and has a fantastic nightlife. From your holiday apartment in Granada you can enjoy exploring many great contemporary bars and buzzing clubs. There is a pleasing tapas culture and after dark the many flamenco clubs come to life. The city also makes a great base while you explore the nearby beaches and the snow-capped Sierra Nevada Mountains offer excellent skiing in an extended season from November through to May. With excellent local food and superb weather, Granada is an ideal holiday location.

A holiday apartment in Albaicin will see you right next door to Alhambra. This is the old Moorish quarter and is sited on a hill looking towards the Alhambra. The area dates from the 11th century and you will find a maze of narrow streets to get enjoyably lost in. The air is scented with the many blossoms in the gardens of the typical carmenes houses. It has stunning views of the Alhambra and the Sierra Nevada mountains beyond. A steep climb will take you to the Church of San Nicolas from where the views are at their best. Wherever you choose to stay in Granada, make sure you book with 9flats for the best accommodation in the city.

Latest reviews for places in Granada-Alhambra