Well done. Look what authentic hosts in Munich-Obersendling are offering to you on 9flats. 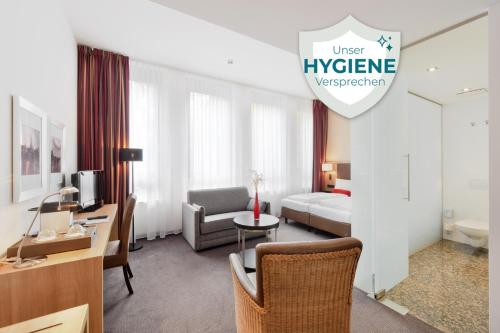 This hotel enjoys a quiet, green location in the Obersendling district to the south-west of Munich. It offers modern rooms, a spa area, a bistro-style restaurant and a sun terrace.Book now
from $60 per night 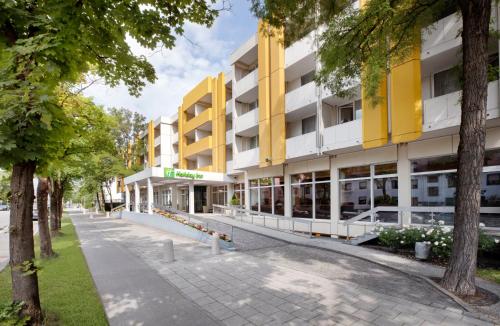 This Holiday Inn lies in the Obersendling district of Munich, just 8 km from the city centre. It features air-conditioned rooms, an indoor swimming pool and an international restaurant.Book now
from $11 per night 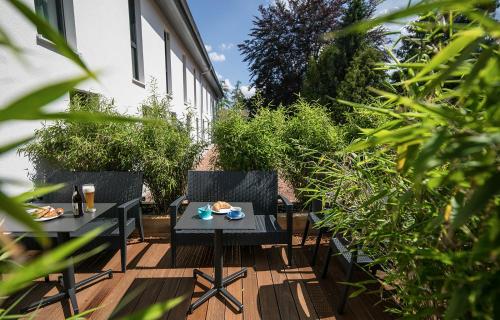 Built in 2018, Hotel Südstern is located 2-minute walk away from Munich-Solln train station, which offers direct connection to Munich city centre in 20 minutes.Book now
from $64 per night

Built in 2016, the 4-star Leonardo Hotel Munich City South features contemporary design with free WiFi and an on-site restaurant.Book now
from $71 per night 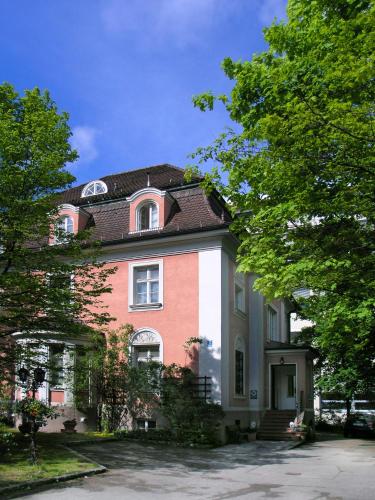 This 3-star hotel in the Thalkirchen district of Munich offers comfortable rooms, a large breakfast and great public transport links. Munich city centre is 5 km away.Book now
from $40 per night 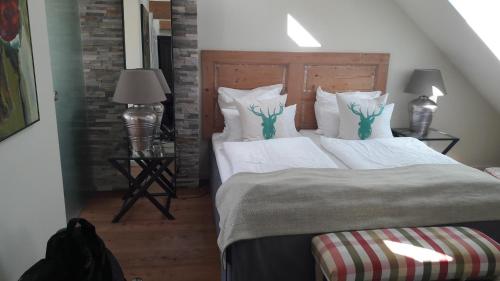 This family-run hotel lies a 5-minute walk from Solln Train Station and a 15-minute train ride from central Munich. It offers country-style accommodation, a pretty summer terrace and free parking.Book now
from $90 per night 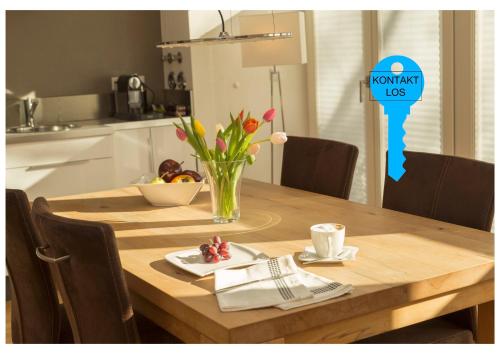 Paleo Finest Serviced Apartments offers a large garden, a shared pavilion, and free WiFi. The property is 3 km from Oktoberfest – Theresienwiese, and bus stop 53 is directly outside the property. Public parking is available free of charge.Book now
from $112 per night 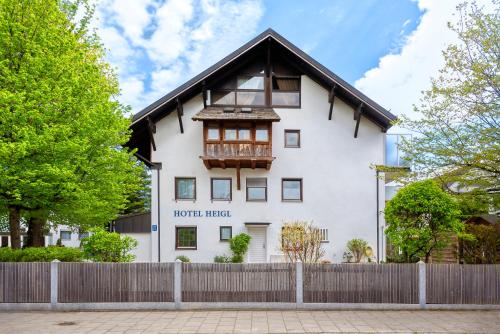 The family-run Hotel Heigl is located in the Solln district of Munich, just 9 km from the city centre. It offers modern rooms, a sauna and public and private garage parking options.Book now
from $56 per night 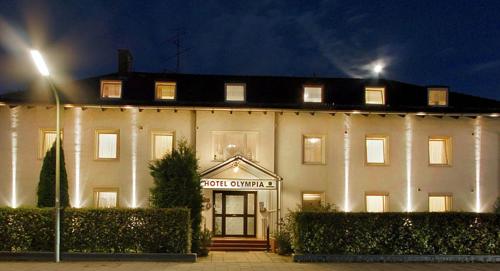 Located in southern Munich, the family-run Hotel Olympia is located in München offers free WiFi access and free private parking. It is 12 km from the city centre.Book now
from $31 per night 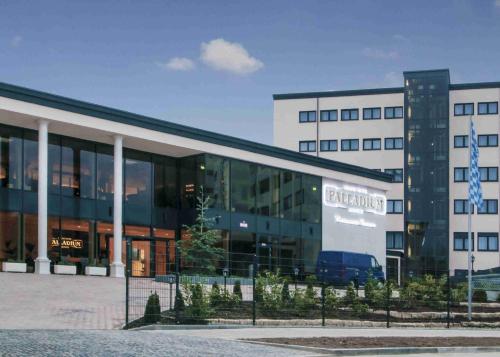 Grand Hotel Palladium features free WiFi access and guests can also enjoy a modern spa area with sauna and a relaxation lounge.Book now
from $63 per night 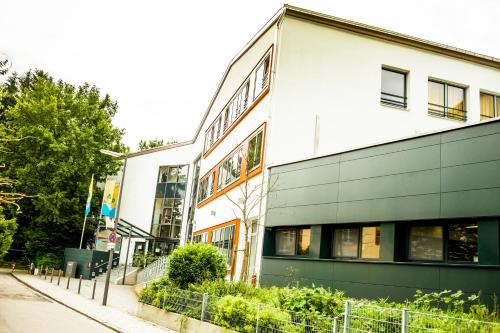 This modern hostel with a 24-hour reception is situated in Munich's Thalkirchen district, a 5-minute walk from Munich Zoo and a 10-minute underground ride from Munich’s city centre.Book now
from $11 per night

Situated in Munich, 3.5 km from Oktoberfest - Theresienwiese, NYX Hotel Munich by Leonardo Hotels offers a fitness centre, sauna and terrace. The property is around 4.4 km from Sendlinger Tor and 5 km from the European Patent Office.Book now
from $81 per night

See all 34 accommodations in Munich-Obersendling

Obersendling is a district of Munich and is located on the southern outskirts of the city west of the Isar. Private apartments in Obersendling/Munich are ideal for a holiday in the Bavarian metropolis, because the city centre is as easy to reach from here as various interesting destinations in the south of Munich. From Obersendling, for example, you can quickly reach the Isar valley, Lake Starnberg or Lake Tegernsee. Obersendling in the west reaches from the edge of the Isar slope in the east to the Südpark, while the Sendling-Westpark district is to the north. In the south Obersendling borders on Solln. The district originally belonging to Thalkirchen was only incorporated into Munich in 1900. Today Obersendling is a classic mixed-use area, which plays an important role as an industrial location in the Munich area and beyond, but where numerous residential quarters are also located. Obersendling is known nationwide above all because many of its industrial sites are used by the Siemens Group. However, many of the industrial companies formerly located here have given way to office buildings over the decades, so that the district is much quieter today than it used to be.

Close to the countryside, not far from the city: Apartments in Obersendling/Munich

The Siemens star houses on Boschetsriederstraße in Obersendling are also interesting from a building history point of view. They were built after the Second World War and were the first high-rise buildings in Munich at that time. Like the residents, tourists who rent private accommodation in Obersendling, Munich, also appreciate the convenient location within Munich. If you are looking for accommodation here, you don’t need to drive yourself thanks to the good transport connections with the underground, S-Bahn and buses and save yourself the tiresome search for a parking space in the city centre. In addition, you have much more freedom in your private accommodation than when you go couchsurfing in Obersendling, Munich, and you can come and go as you like at any time without disturbing anyone. Of course, a private holiday apartment in Obersendling/Munich is also a good place to stay if you want to visit the Munich Oktoberfest in autumn or if you are in Munich during the trade fair. Then most hotels are fully booked anyway and a private apartment in Obersendling/Munich often offers you more peace and quiet.

A private apartment in Munich is available all year round. Even if the demand is particularly strong at certain times – such as during the Oktoberfest – Munich is worth a visit at any time of the year, so that appropriate accommodation is available throughout the year. It is best to reserve your apartment as early as possible so that you can still choose from the full range of offers. However, if there is no apartment available in Obersendling at the desired time, you can also choose a Holiday apartment in Fürstenried, Munich. This part of Munich is very close to Obersendling, so that the connection to the city centre and the surrounding area is just as good. A private holiday apartment in Obersendling/Munich is also well suited for active holidaymakers who want to jog in the Isar valley or go on extensive cycling tours in the surrounding area of Munich. Also thanks to the good S-Bahn connections to Du within a few minutes outside the city in the countryside.

Latest reviews for places in Munich-Obersendling